Home NEWS Thin line between 3 or 0 points for PSV 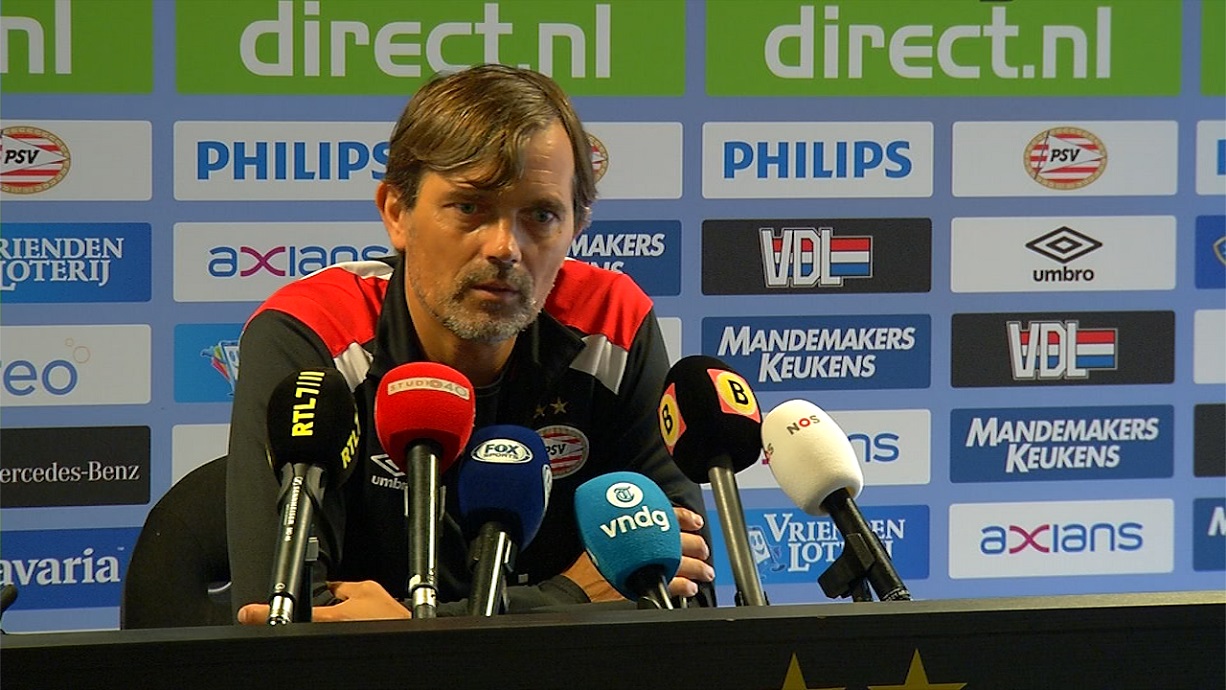 With yet another minor difference, PSV added three more points to their list. Ajax is still following with eight points less. Coming Sunday is the third time PSV plays against an opponent from Rotterdam. Everything worth knowing about PSV’s current status is summed up for you in this article.

Disturbing view Cocu on Excelsior away
In Rotterdam, PSV beat Excelsior with 1-2. Jürgen Locadia enforced an own goal by Jurgen Mattheij with a great assist on Luuk de Jong. The lead in the 13th minute was doubled in the 41st minute by Hirving Lozano. PSV could have scored more goals, so the question was what Excelsior would do to prevent that in the second half. Well, they answered by scoring the 1-2 in the 52nd minute, and PSV actually lost. Instead of aggressively searching for the 1-3, the game became ugly as many times before, and PSV’s away supporters feared the equalizer that was brewing. Fortunately, it didn’t come that far. But coach Phillip Cocu’s view on that second half is quite disturbing, I would say.

On PSV.nl Cocu starts self consciously by saying ‘We’ve got ourselves to blame’ for the fact that Excelsior’s equalizer came so close for too long. He also understands the first half could have seen more PSV goals. It’s remarkable he says that his men got confused after the 1-2 in the 52nd minute, but it’s getting weird when he adds that his team should have ‘neutralised the game on such a moment’. What? Neutralise a game after the 52nd minute against a team that has an eight times smaller budget and stadium? What about aggressively searching for the 1-3, maybe also the 1-4 and then neutralize the game? Are we still talking about PSV, the team that played Champions League football the season before this one? I would call this a disturbing view on how to eliminate risks, which is something Cocu always looks for, and what makes him successful so far. Nothing bad about that, because it’s all about winning. But this kind of thinking sounds a bit alarming, considering the status of the Eindhoven club, doesn’t it?
Positive notes on Cocu
After the 3 points from Rotterdam, Phillip Cocu is the head coach with the highest winning percentage of the Eredivisie. With Cocu on the wheel, PSV won 73,2% of all competition matches. That is the most of all coaches who sat over 75 games on the bench, and he even beats former success coach Guus Hiddink from the leading position with that percentage.
In order to keep his selection sharp for the next match, Cocu had them transported to the military training ground of the Dutch Royal Ground Forces on the heather of Oirschot, last Tuesday. There they got drilled and were ordered to behave according to the core values of the ground forces; courage, dedication, and resilience. Cocu says he wants to prevent his players from thinking too much about the match in Amsterdam against Ajax of next week and tries everything to keep indolence far away. And again, everybody, except for long-term injured stand-in goalkeeper Luuk Koopmans, the complete selection is fit. If you keep pointing out the bad, remember to be fair and also keep pointing out the good!
Third match against a Rotterdam squad
Coming Sunday PSV plays at home against Sparta, the second team from Rotterdam and the oldest professional football team of the Netherlands, established in 1888. Sparta was a very important and influential club for Dutch football in the first decades of the 20th century but had their last really good seasons in the late 50’s. PSV played no less than 121 times against Sparta, winning 39 of the 55 competition matches at the Philips Stadium. The biggest victory was on September 23rd of 1989 when giants like Søren Lerby and Romário de Souza Faria were part of PSV’s line-up, and Sparta got beaten with 9-1 .
PSV got 13 points out of the last 5 home matches against Sparta. On October 22nd of 2016, Bart Ramselaar scored the only goal in the 77th minute. Three days later, Sparta kicked PSV out of the National Cup tournament with 3-1 in Rotterdam.
On January 4 of 2017, PSV beat Sparta with 0-2 in Rotterdam. Currently, they hold a 14th position on the ranking, with a goal difference of -11 as opposed to the +25 of PSV. PSV has to show why they have 36 points and Sparta only 11. Let’s hope Cocu isn’t going to try to neutralize the game after the 1-0 this time…
Match Information
Date:                   Sunday 3 December
Time:                   14:30
Location:            Philips Stadion, Eindhoven
Referee:             Siemen Mulder
Broadcast:          Fox Sports Eredivisie
Tickets:               Through this link