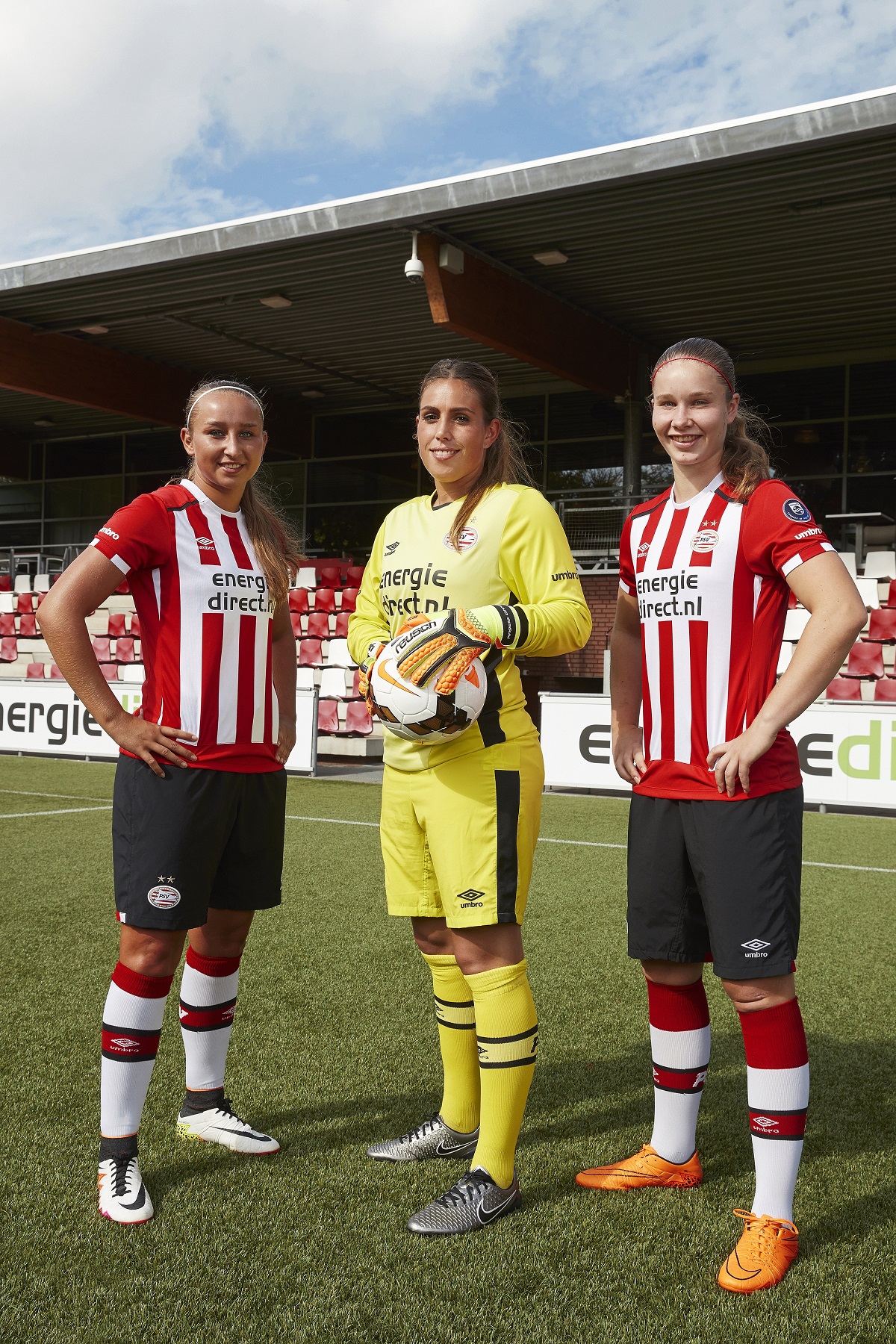 Now that the Dutch Womens’ competition has ended, PSV’s goalkeeper Angela Christ still has a lot to look forward to. First she will play the Dutch Cup final against national champions Ajax, then she will partake in the battle for European success with the Dutch national team; a perfect moment to talk with her about all three competitions. 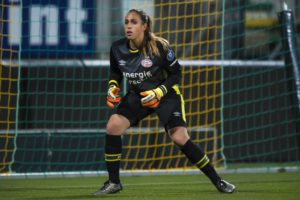 Hi Angela, how did you become a supporter of PSV?
In the first place by background; I was brought up with it. Then, when I got older, I noticed at school or when playing football, that I would countermand when someone said something negative about PSV. That’s how I noticed my love for the club grew bigger and bigger.

Which are your favorite memories as a supporter?
The semi-finals of the Champions League in 2005, where PSV beat AC Milan with 3-1, and of course the unexpected championship on 8 May 2016.

How did you become a PSV-player yourself?
I started out at age 7 in Strijp at football club SV LEW. I played there until I got 14. Then I switched to the womens team of ODC in Boxtel. At ODC I played one season, after which I was approached by S.V. Saestum in Zeist, to play there in the top of womens football. After three successful years the national Eredivisie for Women started and I got to play for FC Utrecht. There I played another five successful seasons as well. When it was made public that PSV would be added to the Eredivisie for Women, I got a phone call from Eindhoven and my decision was made easily.

You’ve built yourself a nice list of honors in those years: two national titles, one KNVB Cup, two Supercups, two times best keeper of the major league titles and three times best keeper of the Eredivisie titles.
That’s right, I’m proud of every prize that I won! You can see the level of the Dutch women’s football increase more and more. I also want to win a prize with PSV. We are playing the Cup final with our team on June second, and I want to perform as good as possible on with the Dutch national team during the European Championships in our own country of the Netherlands.

Did you have certain goalkeepers as an example?
Ronald Waterreus, he was always my idol. I wanted to be a steady and reliable keeper, and become that more and more, just like him, for my team. At the moment I like to watch keepers such as Manuel Neuer and Gianluigi Buffon. I then look at the complete picture: their footwork, their coaching, the savings, how they play with the space behind the defense and so forth. They are two keepers with a strong appearance and are experienced in the world top of football.

Which training exercises have been important for you to come where you are at now?
Well, I try to learn as much as possible in every goalkeeper training from every different keepers trainer that I’ve gotten so far. I try to get the best out of it, of which I think it makes me stronger and a better keeper. My kick is one of my strong points, I train a lot on jumping power and explosiveness.

Do you have the idea that women train differently from men?
No, not in my opinion. For example, my goalkeeping coach at PSV Women’s also works at PSV’s Youth education and combines elements from all trainings. Just like other keepers I also train apart from the group a lot. I really enjoy working on my profession as a goalkeeper specifically. We are a close-knit team and are willing to give everything for each other.

How do you look back on your own past season?
The aim was to reach the playoffs; we managed that. Then we wanted to see how much higher we could end on the ranking. Reaching the KNVB Cup final was another goal. Now we are focusing completely on winning this Cup.

Do you also have plans to succeed abroad?
I sometimes think about it, but just signed a new contract for another year at PSV and I am very happy here. 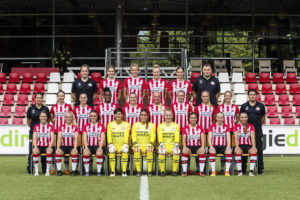 Women’s football is becoming increasingly popular. How do you notice this?
Mainly that sometimes I’m recognised and get asked to give my signature or take a photo with supporters. It even happens that girls are wearing ‘my’ keepers shirt. The extra attention around the upcoming UEFA Women’s Euro 2017 is really nice; not just for me, but for the whole of women’s’ football in the Netherlands.

You’re not the first keeper in the national selection; is this difficult to you?
I’m very happy to be a part of the national selection for UEFA Women’s Euro 2017, it’s a great honor to be able to represent your country. We are in a tough group, with Norway, Denmark and Belgium, but definitely have chances. Either way I expect a fantastic ambiance, because the tournament takes place in our own country and because women’s’ football is alive.

Which countries do you expect to be in the semi-finals?
The Netherlands, Germany, France and Sweden.

Thank you for your time, Angela. Is there anything else you want to say to the readers?
We hope to welcome you at De Herdgang next season, during our matches, and you can already follow us (the internationals) at the upcoming UEFA Women’s Euro 2017.
UEFA Women’s Euro 2017 takes place from Sunday July 16 until Sunday August 6 in various cities throughout the country of the Netherlands. All information available through this link: http://www.weuro2017.nl/en 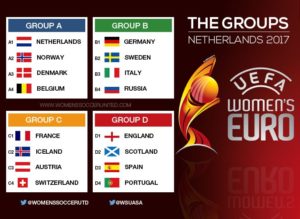