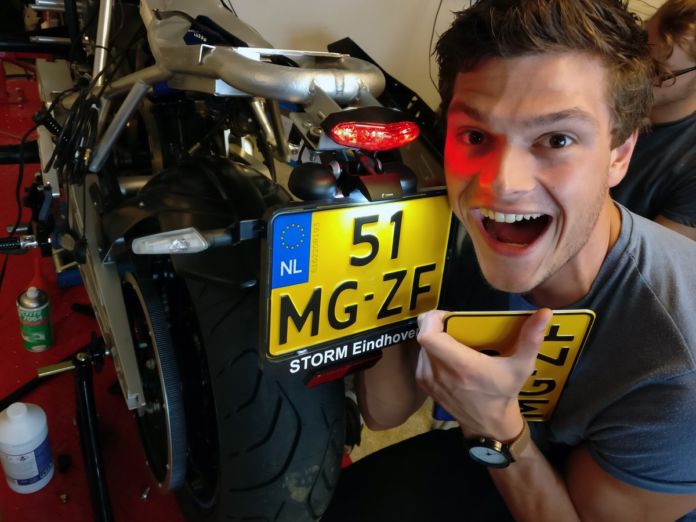 51-MG-ZF. This is the license plate of one of the most famous motor bike at present in Eindhoven. Team STORM has just received their license plates for their motor bike. Right on time as Sunday marks the occasion of the kick-off of the 80 day world tour of the electric motor bike.

The journey will start in the Netherlands, then Europe and Asia with the trip ending in Shanghai in China from where it will get on a boat to the United States.

The bike will travel from the west coast to the east coast of the US. From where STORM will get on a plane to Paris to reach its final destination and finale: Eindhoven. This should take place on November 2.

A test ride was made with the TU/e motor STORM on the public road now that it had its license plates. The motor bike will travel to places of significance to Eindhoven’s trade relations. Istanbul is the first such stop on August 20.

The kick-off of the STORM electric motor bike world tour takes place on Sunday August 14, at 1100-1130 from the 18 Septemberplein in Eindhoven and everyone is welcome to cheer them on.