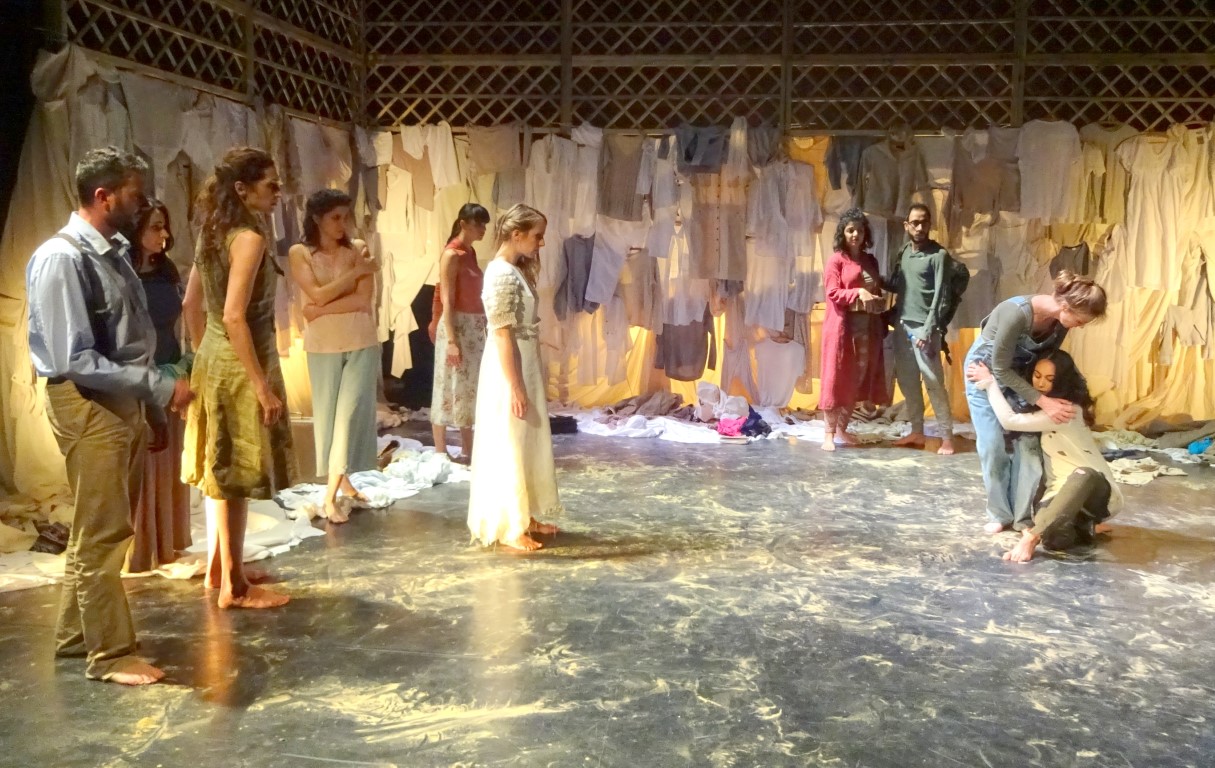 Two months ago, a group of internationals presented a short play in Parktheater. Now a full-length theatre show (in English) will be presented in Pand P (former Plaza Futura) with three performances on 4,5 and 6 May. This is the first theatrical project by International Theater Collective Eindhoven (ITCE), created from stories and experiences of the actors themselves, dealing with themes such as commemoration and freedom.

The play describes the story of a group of people locked in a room against their will.  When the opportunity to leave finally arrives, they question whether they can still return to who and what they have left behind. What do they want to remember? What do they want to forget? 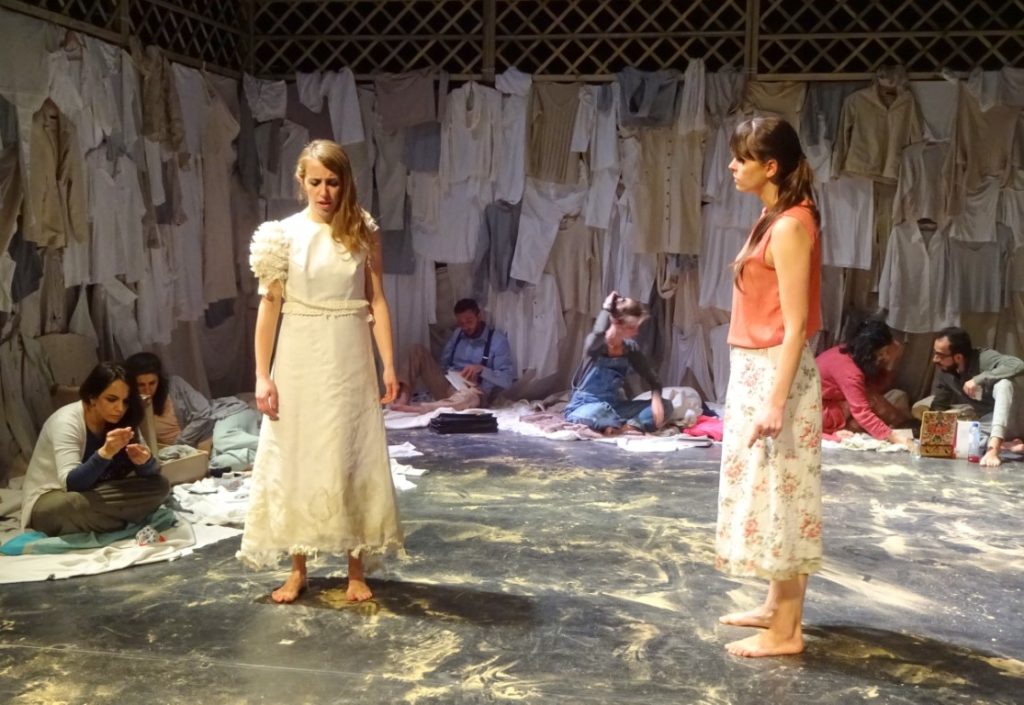 According to the writer and director of the play, Geert Niland, this story of being a refugee resembles the experiences of foreign people in Eindhoven, in a way. In the same way, a refugee has to survive in a foreign land, many people who come to Eindhoven have to live in a place that is far from home.

Geert himself is a veteran in the theatre world, with 27 years of experience with professional and amateur actors. But this is the first time he has worked with internationals, and the first time he has written a play in English. His only past experience was directing a musical in English. “It is not only the language, but you also have to think, coach and give inspiration in English”, he says. This makes things more challenging. 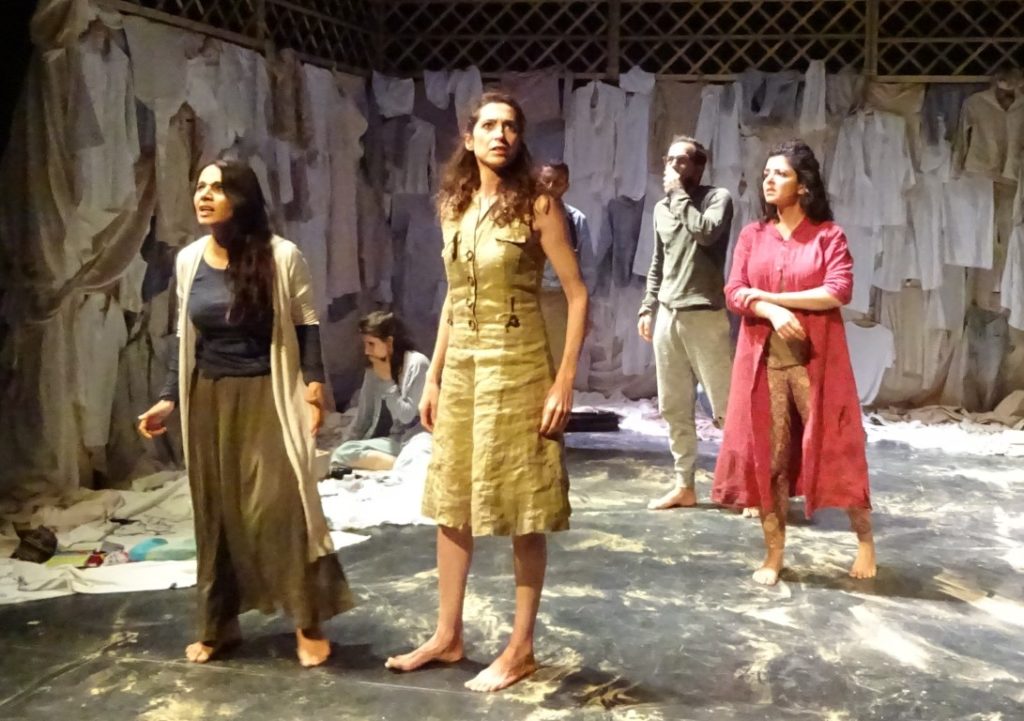 The actors are from Italy, Spain, Turkey, Iran, Syria, Nepal, and the US. Most of them came to Eindhoven for studies, job or followed their partner. The rehearsals for the play already started in September, on a weekly basis. Some members of the team have background in acting,  like Laura . Others, like Kamana or Stefania , were amateurs, who first did a short training course to get up to speed. The professional actors need to transform into the role. For the less experienced, the director followed a different approach:  he used their own personality and experiences to give shape to the character they play. Omar, for example, is a refugee himself.  As Geert notes, all the actors are very well educated, not only in their field but also as people.

Geert is optimistic about the future of his team. If things go well in this first year for ITCE, he will start working on the next play after summer, with the aim of having yearly performances. 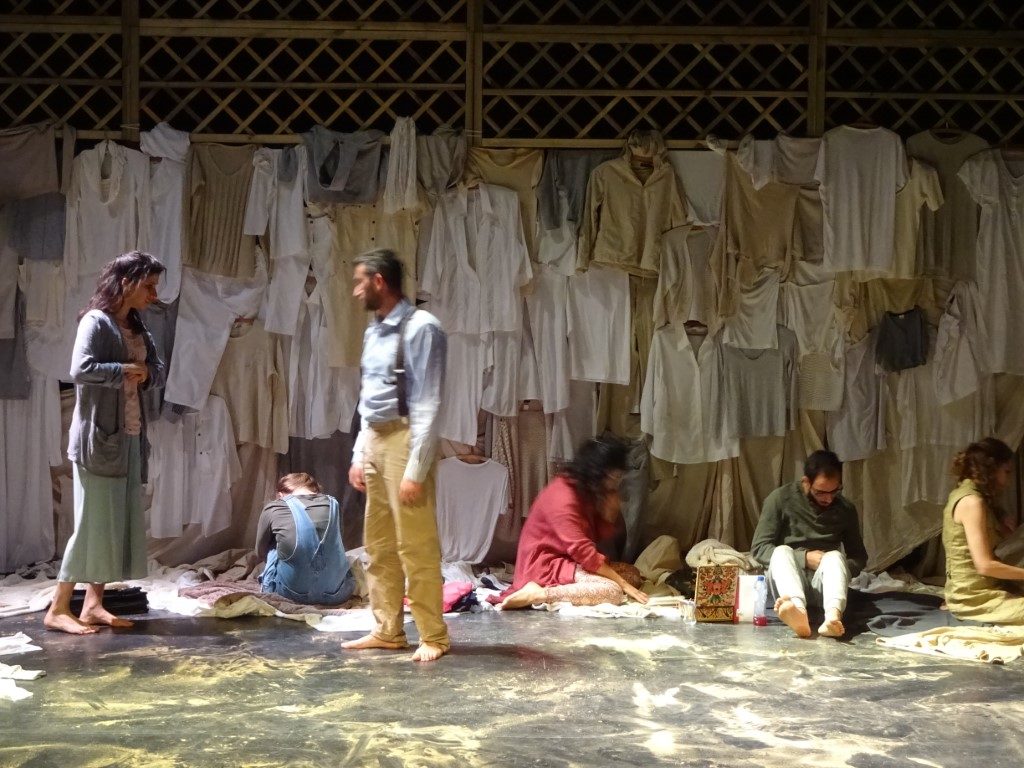 The International Theater Collective Eindhoven (ITCE) originated in the Parktheater’s international outreach programme, with the aim of making internationals feel at home in Eindhoven. Besides ITCE, the framework includes welcome nights and storytelling group. Eindhoven has attracted many internationals the past years and that is also reflected in the cultural landscape of the city. This is the reason Parktheater developed this programme – probably the first of its kind – in English.

Carola Eijsenring is the heart and soul of this programme. With foreign roots and having spent half her life relocating with her family, she is keen to work and interact with people from different ethnicities and backgrounds. For her, it is all described in one word: diversity. Having already been active in many initiatives, such as the international spouses’ programme in TU/e,  Brainport development and so on, Carola has a broad network of international acquaintances in the city and experience in building communities. It is those qualities that were recognised by Parktheater when they decided to hire her and her one-man company (Indigo-Wereld). After creating the groups, she lets the initiatives develop themselves, with her taking on the role of coach and facilitator. “There are always people coming, interested in this initiatives, and they show commitment”, she says. In fact, there were more people interested in joining the team than the director could work with. For this specific play, they remained in the team and support it in other ways. 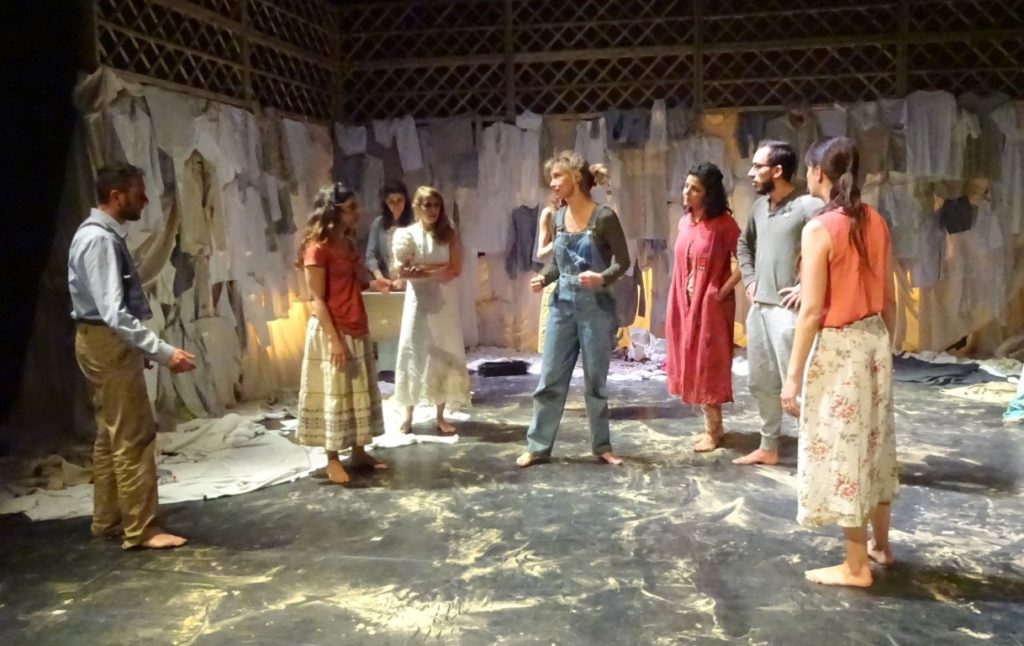 Although the initiator and strong incubator of ITCE is the Parktheater, which will keep supporting the group, the plan is that ITCE will become independent in the future (financially and administratively). It is just the beginning, but the audience seems to be very supportive. In the future, if  scheduling allows, the performances might take place in larger halls in Parktheater.

The performances of 4 and 5 May are already sold out. Tickets for the remaining Sunday performance can be found here.