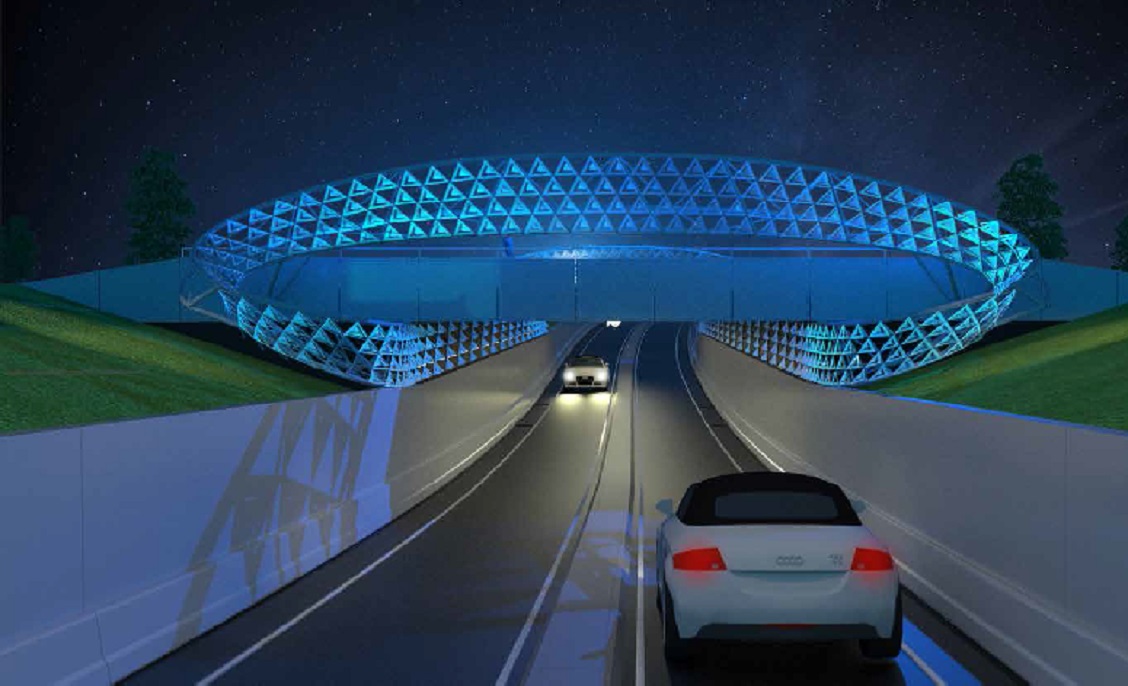 The tunnel under the Montgomerylaan-Ring is going to be lit up by a dynamic artwork consisting of 1 400 led lights. This is one of the last stages in the final phase of the HOV2-project.

The tweede Hoogwaardig Openbaarvervoerlijn (Second High-quality Public Transport Line) or HOV2 will run from Nuenen via the NS-station to the High Tech Campus. Work on the construction of the new tunnel will begin in the near future. Work to make room for the job has already begun on the adjacent Pastoriestraat. The construction is expected to take at least a year and a half. Everything – the tunnel and the light artwork – is expected to be completed by mid-2019.

The light artwork was designed by Frank Tjepkema. He took part in the Glow light event a few years ago and studies at the Design Academy in Eindhoven. “The artwork melds with its surrounding and is relevant to the times. I am very happy with its form and the dynamic movement of the led lights.”

Seven hundred “birds” make the artwork a floating “whole”. The led lights can change colours. “It mustn’t become a funfair, but in theory it is possible to change the lights to red and white when PSV has a home-game,” says the designer.

The artwork will use about 500 watts of electricity. This is comparable to electricity used to light up an average household. The Philips-Heijmans consortium and the residents in the area helped come up with ides for the artwork.