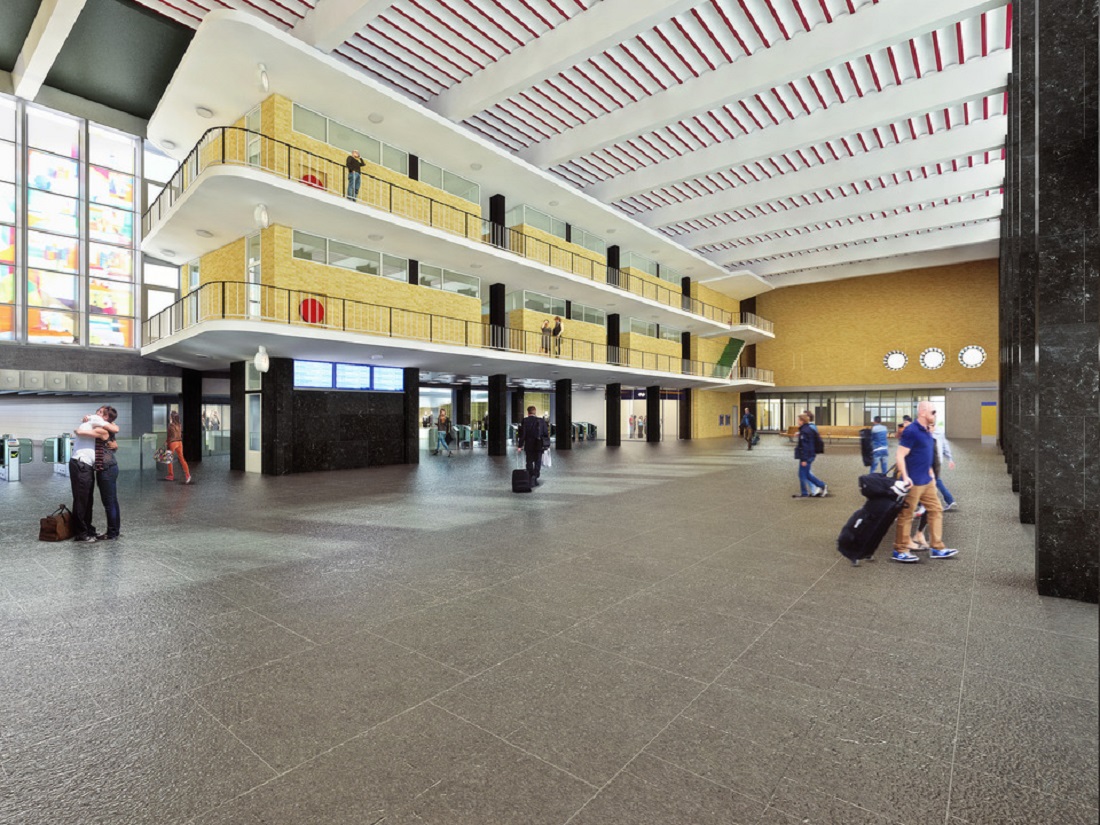 Eindhoven Station is to be extensively renovated. The historical building is to be restored to its former glory, as it was in the year it was built; 1956.

The Dutch railways company, NS, is allocating 4 million Euros to the renovation. A further 1 million Euros will be provided by the provincial council. De Bonth van Hulten, a subsidiary of VolkerWessels construction company, will carry out the work.

The station hall on the south side will receive particular attention. The hall will be extended by 200 square metres, by moving the GWK bureau de change and the NS ticket service to outside the station hall, where a new build will be added to the outside of the station.

In addition, the façades will be cleaned, and the hall will be painted. The arched ceiling and balconies will be renovated and the roof insulated. Double glass will be installed, and the original glass art will be cleaned. The old dining area will be stripped down and refurbished, for new restaurant facilities.

The station is a striking and well-known building dating from the period of reconstruction following World War ll. It’s a listed building, and the renovation is intended to give it the same appearance and appeal it had when it was first built as a station. The renovation was also necessary, since some parts of the building are showing signs of wear and tear, and there are no lifts at present.

Shops will be able to open for business as usual during the work, and travellers will have little hindrance from the renovation work, NS assures us.

Renovation work has already taken place in the station to increase its capacity to cope with the growing numbers of travellers, at a cost of tens of millions of      Euros. The passenger tunnel under the rails is very nearly finished, and completion of the renovation work on the building is planned for the end of this year.