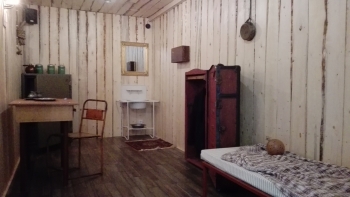 Escape rooms are very popular at the moment. Escape rooms are rooms centred on a theme, in which a group of people are locked inside, with the single purpose to find a way to free themselves out of the room as quickly as possible.

Usually a group gets an hour to escape. To open the door, the group must solve cryptic riddles as well as finding clues. It is all about collaboration in this fun game.
Klimrijk Brabant has two escape rooms, one is called “the hut of the lost professor and the escape capsule de Skytanic, which is a space ship which is about to explode. Both escape rooms can admit a group between 3 and 7 persons.