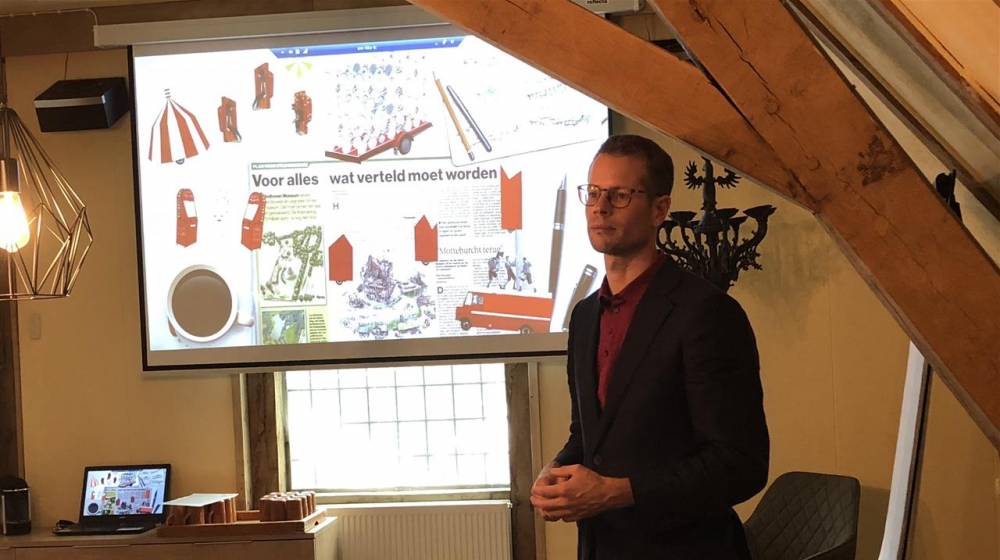 What do you do with a collection, and you have no building to show it in? This is the question the Eindhoven Museum asked itself. The answer – A Museum throughout the City.

The plans for this were presented on Tuesday.

“If people can not come to see the collection, then we will bring the collection to the people.” This is what Ward Rennen, Eindhoven Museum’s Director thought.

There will be exhibitions in different locations at major festivals such as the Dutch Design Week and the Fijne Feestdagen Festival (Happy Holidays Festival). And in between, smaller-scale exhibitions, held at schools, community centers, or malls.

It is a new concept – a kind of travelling caravan with museum pieces surrounding a central theme. Or better yet – with stories from the history of Eindhoven. This can be told in many different ways. Cooperation was sought from five designers who created installations. They were inspired by the former Kempenland Museum’s collection. Their work also explains the connection between past, present, and the near future.

This project will run over the next three years. In this first year, the central theme is food. Next year, work will be shown around the freedom theme, following 75 years of liberation after World War II. And in 2020, the centenary anniversary of the largest local door-to-door newspaper, Groot Eindhoven (Great Eindhoven) is central.

Ultimately, the experiences gained from the ‘Museum throughout the City’ project should contribute to shaping a new -permanent – Eindhoven Museum.