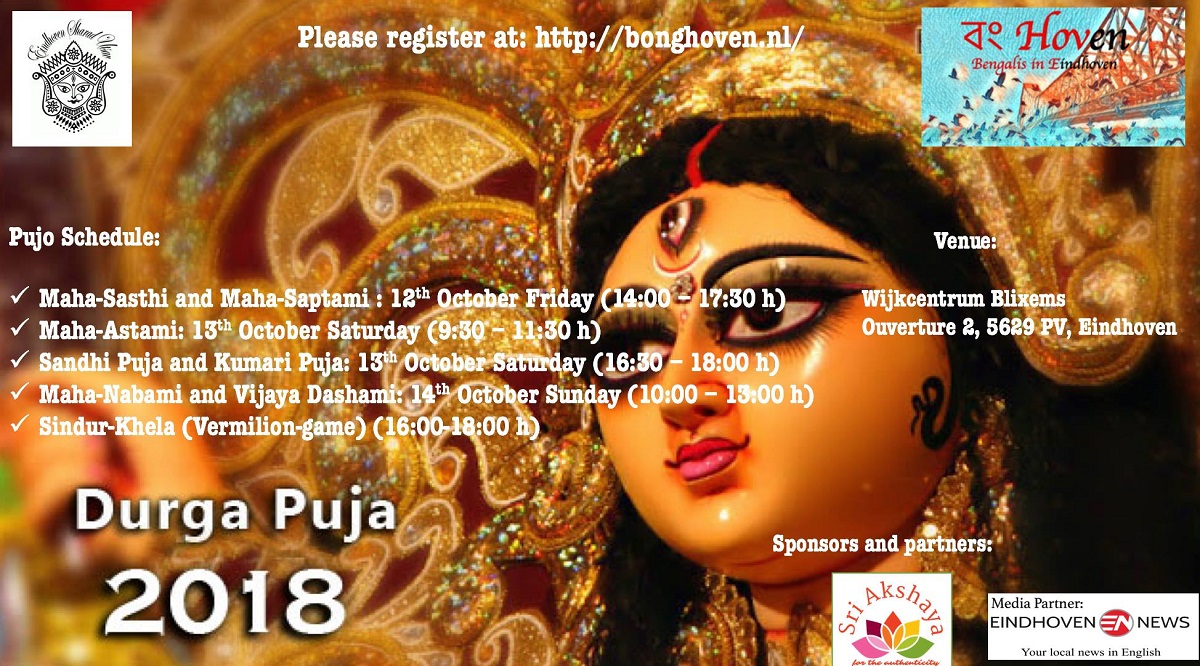 “BongHoven” an Indian group (formed by Bengalis, from the eastern part of India) are celebrating the second edition of Eindhoven Sharad Utsav.

Its the festival of autumn and celebrated in India, especially in Bengal for almost a week. Sharad Utsav, also known as Durga Puja is a religious occasion to worship the supreme goddess, Durga, which glorifies women power. But for Bengalis it is more about fun, socializing with family and friends. People dress up in new clothing, visit the decorated marquee, participate in the festivities, and feed of mouthwatering delicacies.

This year the Eindhoven Sharad Utsav is celebrated from 12th to 14th October at wijkcentrum blixems (Ouverture 2, 5629 PV Eindhoven). Bonghoven is also organizing an Indian Food Festival on the 12th along with several cultural performances. The next two days would continue this fun with mouth-watering foods, more cultural and fun-events.