In Eindhoven, thyroid cancer is on average much more common than in other Dutch cities, according to a new atlas from the Intergraal Kanker Centrum (integral cancer centre) Netherlands.

The website shows which forms of cancer occur how often per zip code area, compared to the national average. The figures are based on data collected on between 2011 and 2020.

The website shows that thyroid cancer in northern Einhoven is 42 per cent more common than the national average. That is the largest deviation for that form of cancer in the Netherlands.

Head and neck cancer is also relatively common in Eindhoven, but in the city centre. The cancer form is 28 per cent more common than average. For head and neck cancer, by the way, this is true of more large cities in the country. 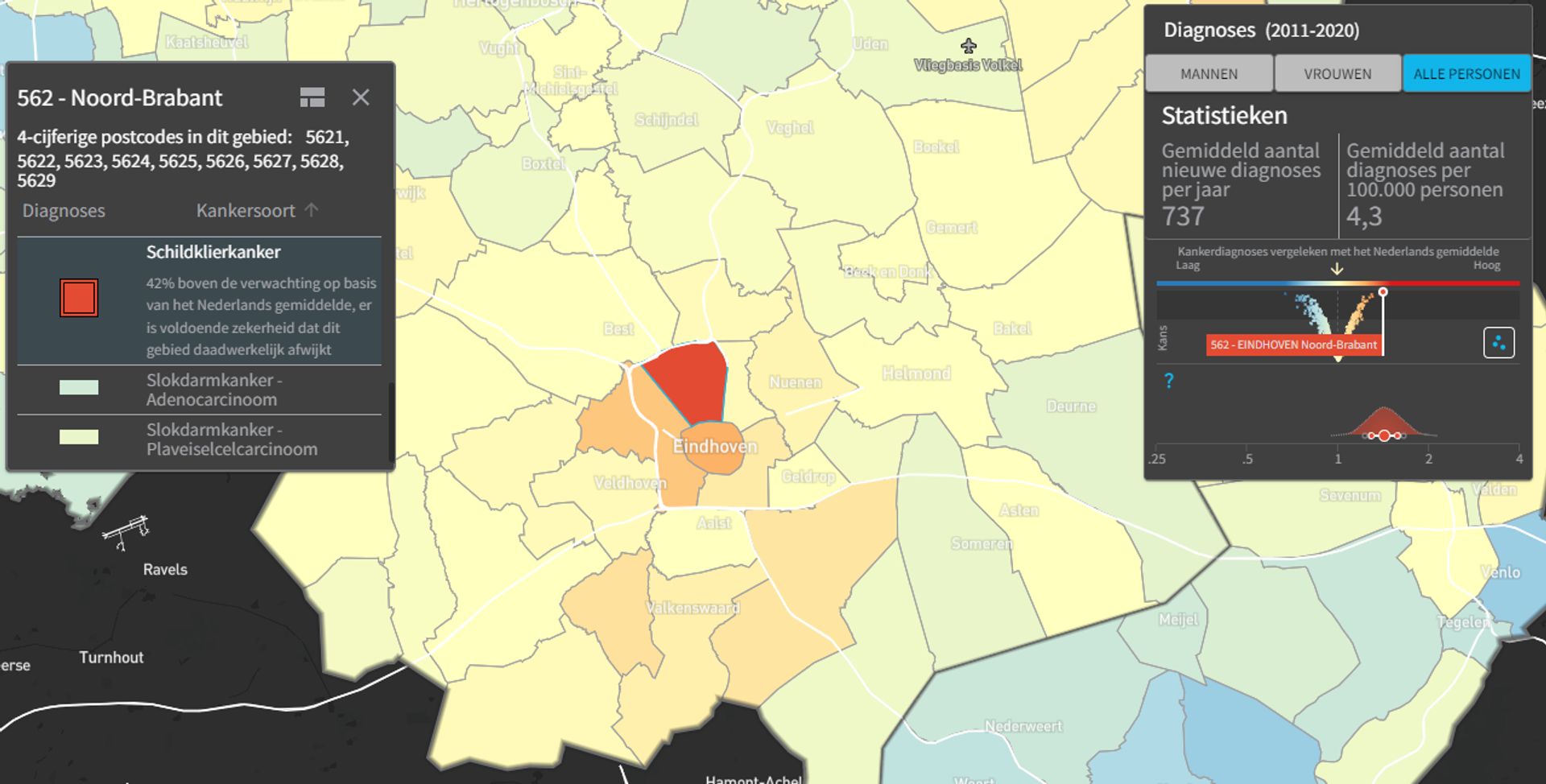