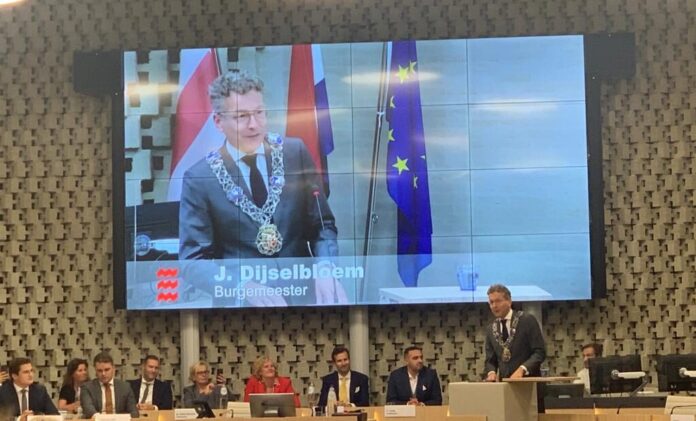 The new Mayor Dijsselbloem assumed office this Tuesday and he appreciates the international vibe of Eindhoven. Jeroen Dijselbloem who was born in Eindhoven and an alumnus of Eckart college voices,

“One of the interesting features of Eindhoven is its international character”

Eindhoven News interviewed Mayor Dijsselbloem on his inauguration day about his vision for an international Eindhoven and about the strategy for dealing with issues concerning the international community especially housing etc.

The Mayor emphasises the responsibilities of all parties concerned and that of the municipality as well. He admits that housing is a great concern for everyone in Eindhoven and there is no doubt that the city should work towards solving this crisis. “Owing to the huge success of Eindhoven, other fronts such as infrastructure and amenities have to catch up,” says Dijsselbloem. He also adds that he wants both the national government and the EU to recognise the potential of Eindhoven in leading the way, especially in the technology sector.

Dijsselbloem with his past experience as finance minister in the second Rutte cabinet and his extraordinary expertise and experience as president of Eurogroup is touted to be one of the best choices for the city.