Acting Prime Minister Rutte held a press conference last night. But he didn’t provide the floundering hospitality industry with even a shred of hope.

Some of Eindhoven’s eatery owners are desperate. Some are even calling on the public to come to their rescue. Roland van de Gevel owns the Belgian Beer Café on Statumseind. He wasn’t hopeful of any relaxation of the anti-COVI-19 measures for his sector either. But that doesn’t mean he’s any less disappointed.

“I’ve just read that the events sector rules will be relaxed before ours. That’s at least that is something we can focus on”. The seemingly apparent lack of perspective is driving many local restauranteurs to despair. How will they keep their spirits up?

“If only we knew that we’d be struggling until, say, July. Then at least you have a point of reference. Then you know whether it’s worthwhile to invest in your business. Now you know nothing. That’s terrible.”

Fellow owner, Tom van Brussel, of café ‘t Lempke, had also hoped for more guidance. “That you know, for example, how many vaccinated people it takes to be able to open again. Then the vaccinations could take even longer. But at least you have something to watch out for. Now, we have nothing.”

Ellen van den Burg of The Foodgallery is well past hope and expectations. After 27 years in business, she is going to stop. Her son will take over. She’d made this decision before the lockdown already.

But she’d have preferred to be in charge of her own farewell. And then to be seen off in a full restaurant with happy people. Now, the pandemic and what she considers to be an inflexible government has hastened her farewell. That’s upsetting.

Thwarted from all sides

“I’m worn out. I can no longer bring myself to get up, keep my spirits high, make endless plans to earn a living. And in the meantime, to be thwarted on all sides. With the snow, we had a to-go set up. A cup of soup, coffee or tea for passers-by.”

“To warm them up a bit, we had set up a small stove. But then, in no time, an irate, threatening special community officer’s at your door. Clear up quickly, or you’ll be fined. What’s one to do then?” Ellen asks.

The official emergency support channels are far from sufficient to cover these businesses’ fixed costs. “I’m €8,000 short every month. I can’t keep this up any longer.” Van den Burg’s now in considerable rent arrears.

‘Backs against the wall’

“I deliberately limited the debt to one party. I still pay for all the other fixed costs. Our backs are currently against the wall, so I don’t think landlords to evict us quickly. We should, at least, have the courts’ support.”

Ellen has now set up a crowdfunding campaign. She’s appealing for the public’s financial help. “I had doubts about this for a long time. We always learned to earn our own money. So it’s not a step you unashamedly.”

“My son doesn’t like it either. But I have no choice. I don’t know whether it will earn me much. But I’m delighted with the reactions. So many people let us know they’re thinking of us. That touches me deeply,” Van den Burg concludes. 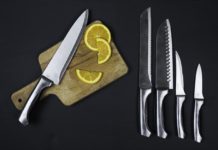 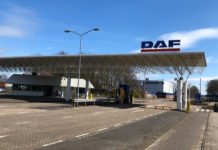 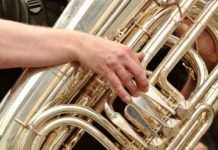