Someone in the Brabant region has contracted the South African COVID-19 variant. Experts are concerned about this, and a variant identified in the United Kingdom.

The two mutations of this virus are far more contagious but not necessarily deadlier. They, therefore, spread more rapidly among the population. Why are scientists concerned?

All viruses mutate, including the coronavirus. There are almost 4,000 known virus mutations in the world. That’s according to Nextstrain, a pathogen evolution tracking website.

How do viruses work?

That sounds scarier than it is. Here’s how it works: Viruses attach themselves to our cells and then copy themselves. But sometimes this copy’s genetic material changes. More often than not these changes have no real consequences.

However, the two SARS-CoV-2 variants are now attracting experts’ attention. The British variant – B.1.1.7 first reared its head in September. It has several characteristics that are different from the original COVID-19 strain.

Much is still unknown. But available research shows that those infected with this type carry more virus particles. More importantly, it appears to be spread much easier between people of all age groups, including children and adolescents.

Its quick spread is alarming. For a week now, the number of new infections in England has exceeded 50,000 per day. A state of emergency has been declared in London. Hospitals fear not being able to cope with the expected influx of seriously ill COVID-19 patients.

For now, however, it seems people infected with B.1.1.7 don’t become sicker. Yet, this ‘English coronavirus’ is the most dominant variant so far. That means it displaces other mutations. It’s now assumed that almost every newly infected Briton has this new mutation.

How far have these mutations spread in the Netherlands? By 6 Janaury, the Dutch Health Department (RIVM) had reported that 50 people have B.1.1.7. Additional testing needs to be done on positive COVID-19 tests. Since this isn’t something that can happen overnight, the RIVM suspects it has spread much further.

As far back as 31 December, the Dutch Outbreak Management Team estimated that between one and five per cent of people who tested positive for SARS-CoV-2 has the British variant. Using these percentages with last week’s number of infections (56,440), you arrive at between 564 and 2,820 ‘British’ positive tests.

It seems the rise of B.1.1.7, among other things, is throwing a spanner in the country’s lockdown works. That’s why the Cabinet decided not to reopen schools until 18 January. As mentioned, this mutation spreads more easily amongst youngsters.

For some, it’s not a question of whether, but when and how quickly this variant will supplant the other types. That’s according to Dr Jean-Luc Murk. He’s a microbiologist at the Elisabeth-TweeSteden Hospital in Tilburg.

In this way, the current infection rate can be reduced. The advance of the British and South African variants can be slowed down too.

The vaccination programme could eventually kill off this strain of the coronavirus. But vaccines will only be available in large numbers in months. So, it remains to be seen how effective this will be. But, will these vaccines also help against the COVID-19 mutations?

Will work on both new variants

It appears so. The vaccines from Pfizer/BioNTech and Moderna have now been approved in the Netherlands. Pfizer did additional studies that show that this vaccine also combats both the B.1.1.7 and the South African variants.

Moderna also expressed this expectation earlier on. They haven’t yet officially proved that by research, though. If other vaccines are effective against these and other mutations, the vaccination programme seems to eventually be the primary weapon against the spread of SARS-CoV-2. 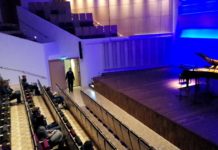 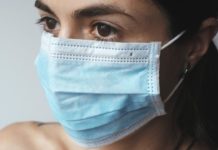 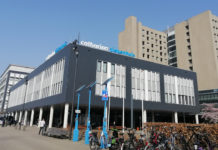 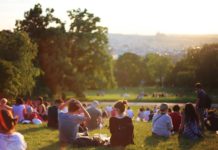 Employment in the region impacted by corona crisis