The Pfizer/BioNTech’s vaccine appears to be effective against these mutations too. That’s what the company says, based on a laboratory study. The University of Texas carried it out.

The study has, however, not yet been peer-reviewed. A Pfizer spokesperson says their vaccine works not only against the N501Y mutation. This is present in the British and South African virus variant.

It also combats 15 other mutations. “That is good news,” says the company representative. They hope to complete their tests within a few weeks.

Anke Huckriede, a professor of vaccinology at the University Medical Centre Groningen, explains, “They’ve tested for a particular mutation on the spike protein. That’s how the virus comes into contact with a person’s cells.”

“It’s the first step in the infection process. The vaccine seems to work against it.”

The Pfizer spokesperson admits this doesn’t necessarily mean the vaccine works against every other mutation. But according to Prof. Huckriede, the most important of these has now been investigated. The other known mutations are less relevant.

The researchers used blood from 20 subjects in the study. They had been injected with the Pfizer/BioNTech vaccine. “It may seem like a small, group,” says Prof. Huckriede.

“However, these people all responded in roughly the same way. That means it probably won’t be much different if you examine another 200 people.” But, she points out that more research is needed. Other variants must also be studied.

The Pfizer vaccine uses mRNA technology. In this process, a person’s body produces a spike protein. The vaccine is based on genetic material from the virus itself.

As mentioned, COVID-19 uses this to attaches itself to human cells. The body reacts by producing antibodies against the spiking protein. Since Pfizer’s vaccine appears to work on the mutation, it doesn’t need to be modified, for now.

Neither do any other of the mRNA vaccines, Prof. Huckriede says. “They contain this same form of spike protein. So it’s very likely that these vaccines are also effective against a variant that has undergone this change.”

Pharmaceutical companies, Moderna and Curevac, also use mRNA technology in their vaccines. Prof. Huckriede is optimistic about the study’s results. “We’re currently a step ahead (in the fight against this coronavirus). 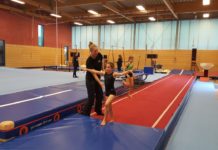 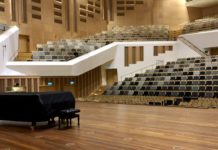