That’s the most it’s dropped in a quarter since first being recorded, more than 30 years. But, the Dutch GDP contraction is, however, smaller than the eurozone average. The country fared better than surrounding countries like the UK, Belgium, and Germany too.

This estimate was done by Statistics Netherlands (CBS) and is relative to the previous quarter. The Burea bases these estimates on currently available data. More than 50% of the decline over Q2 is due to substantially lower household consumption.

Household spending decreased by 10.4%. Investments in fixed assets and the trade balance also fell sharply. Investments shrank by 12.4%, while exports and imports of goods and services declined by 9.8 and 8.3%, respectively. Public consumption fell by three percent. 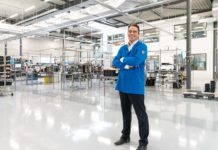