On Friday morning PSV revealed the new away kit. The shirt was introduced with a special clip from the Eindhoven-rapper, Fresku.

The soundclip from Fresku released specifically for the presentation of the new kit could be streamed from the PSV fanstore. Along with the red and white home kit, these shirts will be worn in the upcoming season. The new PUMA away kit is seen as an ode to PSV and Eindhoven through the lens of music.

“A unique campaign was chosen to reveal the new kit, through means of streaming. The sound waves on the shirt is a reference to Eindhoven’s musical legacy, such as the invention of the CD and therefore deserves recognition. We are very excited about the collaboration with PUMA and Fresku,” said Frans Janssen, Commercial Director of PSV.

Earlier this month PSV presented their home kit. It’s the second season in a row that the Metropolitan region of Brainport Eindhoven is a sponsor.

The PSV squad will attend a training camp in Germany from 3 – 9 August in preparation for the Eredivisie season. Roger Schmidt’s team will play warm-up matches against SC Verl and KFC Uerdingen 05 on Saturday and Sunday respectively.

No supporters are allowed at the training camp and also not to attend the matches. However, the matches will be live streamed. For more information, visit the PSV website. 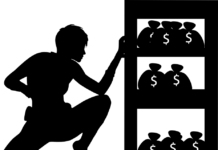