However, due to the anti-corona measures, they could only do so from a distance. This (Wednesday) morning, this well-known city preacher’s was laid to rest. People were able to watch via live stream.

Studio040 arranged this in consultation with the family. The funeral service started at 11:00. It was held in the Sint Trudokerk in Strijp.

Only a small number of people attended in person. Most of these were family members. That’s why the family wanted to afford more people the opportunity to see the service.

Studio040 broadcast the service on television and via a live stream on Facebook. 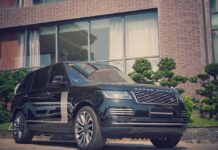 Bicycle paths are actively being restored

Light festival GLOW will be a brisk walk this year

GroenLinks concerned about the expansion of Eindhoven airport