The plastic curtains are ready and the chairs have received extra cleaning. After Prime Minister, Mark Rutte, announced during last night’s press conference that hair salons and tattoo parlours can reopen from 11 May, high demand was to be expected. But not to this extent.

‘We barely have any appointment slots left,’ says Daniëlle van Kuijk, owner of Kinky Kappers, a hair salon in Eindhoven. She will reopen her salon every weekday from nine o’clock in the morning until nine o’clock in the evening. She is even thinking about opening on Sundays.

‘Five hundred people have already made an appointment, in one day. That has never happened before.’ Van Kuijk’s salon employs ten staff members.

De Tattoo Zaak, a tattoo parlour in Breda has experienced a similar surge in demand. ‘I am completely full for the next few weeks. That was totally unexpected,’ says owner, Driekus Hendriks. ‘Some customers have been waiting for two months to get their tattoos finished.’

‘It seems that tattoos are also essential,’ Hendriks laughs. ‘Lots of people can’t go on holiday anymore. They can therefore spend their holiday money on a nice new tattoo,’ he says.

It is not plain sailing for all tattoo and beauty business though. Jeanet de Putter, owner of Carderina in Bergen op Zoom, cannot re-open her salon until the end of May due to delays in receiving mouth masks and protective face masks. ‘I hope to re-open around Pentecost’ (31 May). ‘My customers are disappointed, but they understand.’

Sas Kappers in Roosendaal received 91 phone calls in a little more than an hour on Thursday afternoon. ‘That is totally bizarre,’ laughs owner, Saskia de Bruijn. Nevertheless, she says, ‘we are delighted that we can get back to work’.

The salon will re-open seven days a week, and the agenda is almost full until 27 May.

‘I am looking forward to seeing the hairstyles that people gave themselves,’ de Bruijn jokes. ‘I’m sure it will make people appreciate our profession.’ 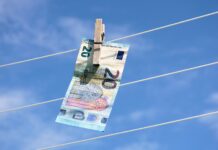