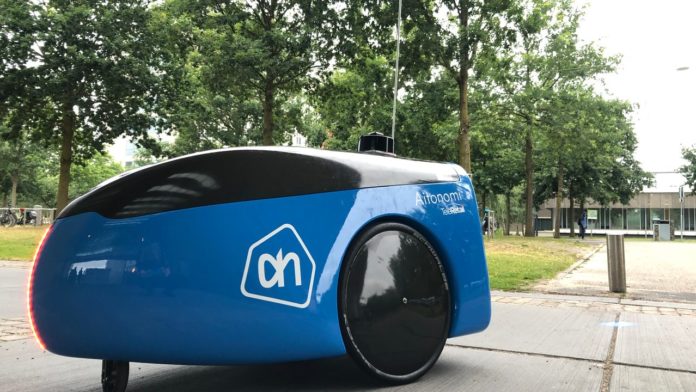 It might be the shopping of the future: a robot that delivers food to your door. Such a robot will be driving around on Eindhoven’s High Tech Campus (HTC) in the coming weeks.

The robot is from the Dutch supermarket chain, Albert Heijn. Campus staff can order groceries via an app. Supermarket employees put these groceries in a blue robot trolley. That robot brings the groceries to the customer.

This is going to be a trial run, Albert Heijn’s spokesperson, Pauline van den Brandhof, says. The robot drives at about eight km/h and is not allowed on public roads. HTC was therefore chosen for the test run. “It is still an experiment. However, it is the intention to roll it out a little further. But, much is still unclear. For example, the robots may currently only drive on private property”.

According to the Dutch public broadcaster, NOS, this is not a first for the Netherlands. Earlier, the pizza chain, Domino’s Pizza, already did a similar test with a delivery robot.

17 May 2022
Figures from the Dutch Real Estate Association (NVM) reveal Eindhoven as the leader in the expat housing market.  Rapid developments and of course, the...