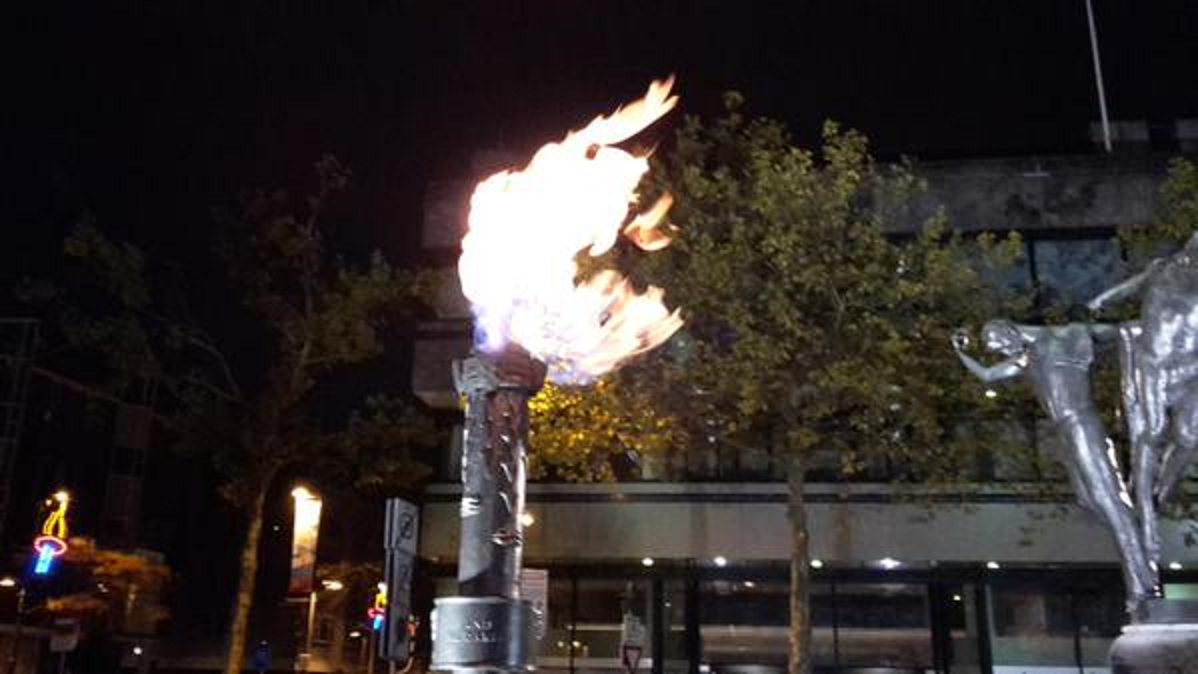 On 18 September 1944 Eindhoven was liberated from the German occupiers in the Second World War. Tonight this was commemorated with a torch relay in the city center.

The liberation fire was taken to the Town Hall Square in a large procession from the 18 Septemberplein. Veterans took part in the procession, army vehicles, various music bands and associations. With the fire, mayor Jorritsma then lit the torch at the liberation monument on Stadhuisplein. That fire will continue to burn until October 11.

At the same time, igniting the liberation fire, also signifies the start of the annual Lichtjesroute through Eindhoven. Ornaments decorated with lamps indicate the route through the city that the Allies have covered at the time of the liberation.