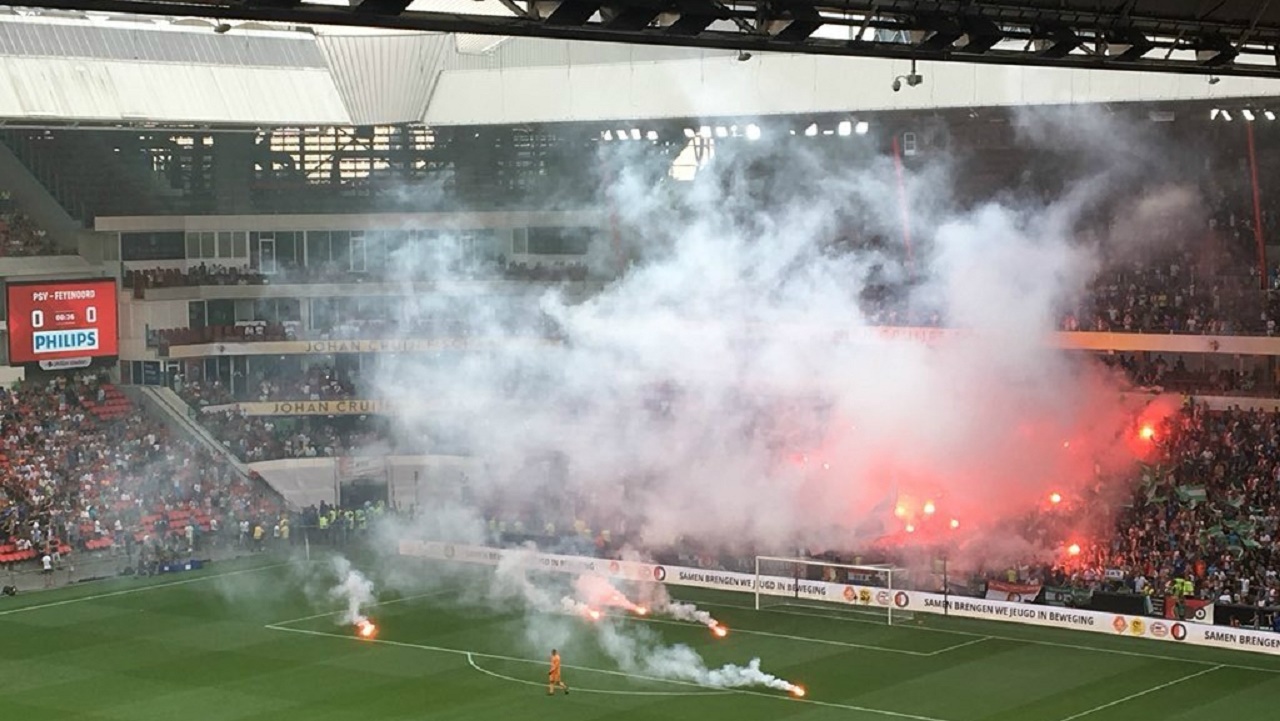 Monday afternoon, it became known the club will face either FK Qarabağ or BATE Borisov as adversary.

PSV will play against FK Qarabağ or BATE Borisov, in the play-off for a place in the group-phase of the Champions League.

This was announced Monday afternoon, during the draw for the play-offs in Swiss Nyon. On paper, this is one of the toughest draws PSV could have landed.

On 21 or 22 August the Eindhoven team will play in Azerbaijan’s capital Baku against FK Qarabağ, or in Belarus against Borisov. A week later, the return will take place at Eindhoven’s Philips Stadium.

The two possible opponents of PSV play against each other Tuesday evening. Their return is a week later; after which it will be clear which adversary Mark van Bommel’s team will face.

Meanwhile, Ajax will play against Slavia Prague (Czech Republic) or Dinamo Kiev (Ukraine). The Amsterdam club will first face Standard Liège in the third preliminary round.

Meanwhile, taking to social media, supporters severely criticized PSV. They were unhappy about the way the club dealt with a fireworks-incident during Saturday evening’s match.

Seconds after the match for the Johan Cruijf Schaal started, torches were thrown on the PSV field from a section for Feyenoord supporters. The referee had to suspend the game for a while.

On social media, many supporters express their disgust and dissatisfaction when the game started again. No sections were cleared. No firework-throwers were expelled from the stadium.

Using social media, many people also complained about the unpleasant atmosphere in the stadium. Plenty announced they would be happy if they managed to leave the stadium safely and without further incidents, once the match finished.

On Twitter, PSV-director Toon Gerbrands admitted the club received many reactions. He announced the whole event and handling will be evaluated. Using this evaluation, the club will decide its future stance and what measures will be taken.

For the match against Rotterdam’s Feyenoord, PSV had opened sections on the west-side of the stadium. Extra space was made available for Feyenoord fans.

Gerbrands’ statement drew more criticism on Twitter. Fans responded that to presume no incidents or problems would occur while allowing a large crowd of Feyenoord fans into the Philips stadium, had been naive. They cited plenty previous incidents with Ajax fans.

Reference was also made to the strict policy PSV applies to its own supporters with regard to incidents and misbehavior.

PSV management promised to evaluate the incident and handling of it. Meanwhile, Toon Gerbrands was perfectly clear about PSV fans throwing fireworks and heavy smoke-bombs during a match in April 2017: “This breaks all limits. We will ensure the perpetrators will pay for all damages and they will be banned from stadiums for a long time.”

Eight PSV supporters will be in court concerning the incident which happened during a match against Ajax in April 2017. These eight are prosecuted for “arson and endangering lives” (brandstichting met levensgevaar).

Supporters who ended up in the heavy smoke, suffered respiratory problems and in some cases stinging eyes.

Among all the challenges facing PSV, there was some good news though. Steven Bergwijn will continue to play for the club till 2020. Monday, PSV announced the club and player renewed his contract.