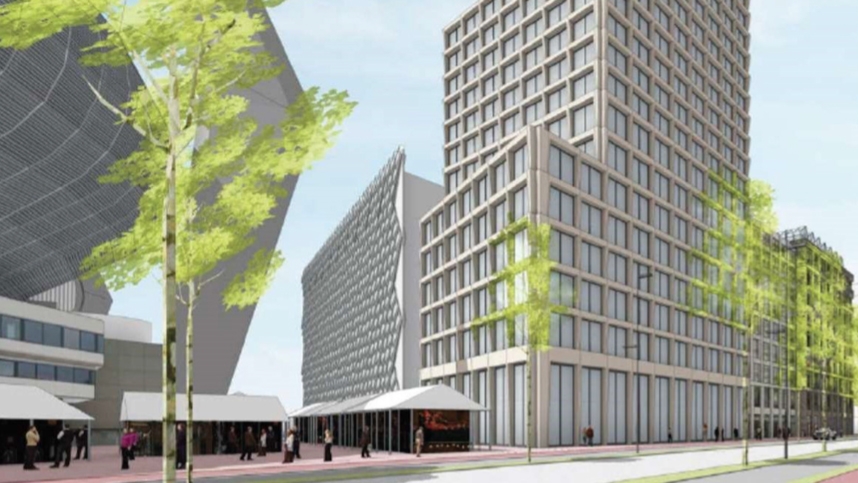 A huge residential tower of at least ninety meters will be erected next to the Philips Stadium.

Those are the plans of the Project Developer Toon de Koning of Stadionkwartier BV, the ED (Eindhovens Dagblad, Eindhoven Daily Newspaper) reports. The so-called Eurobuilding might, therefore, possibly be demolished.

It is not clear what the tower will look like exactly and what kind of homes it will house. Next to the new tower, between the stadium and Strijp-S, new non-highrise buildings should be built. There is still little known about that. Though there has been talk of buildings of eight to twelve floors. That offers space for hundreds of homes.

Previously there were plans for a 110 meters high residential tower on Strijp-S on Beukenlaan. Those plans are now uncertain because it is still not clear what the effects of noise pollution will be on that place, due to the railway track.