Home NEWS Refugees offer coffee to travellers, “they would like to meet people, participate” 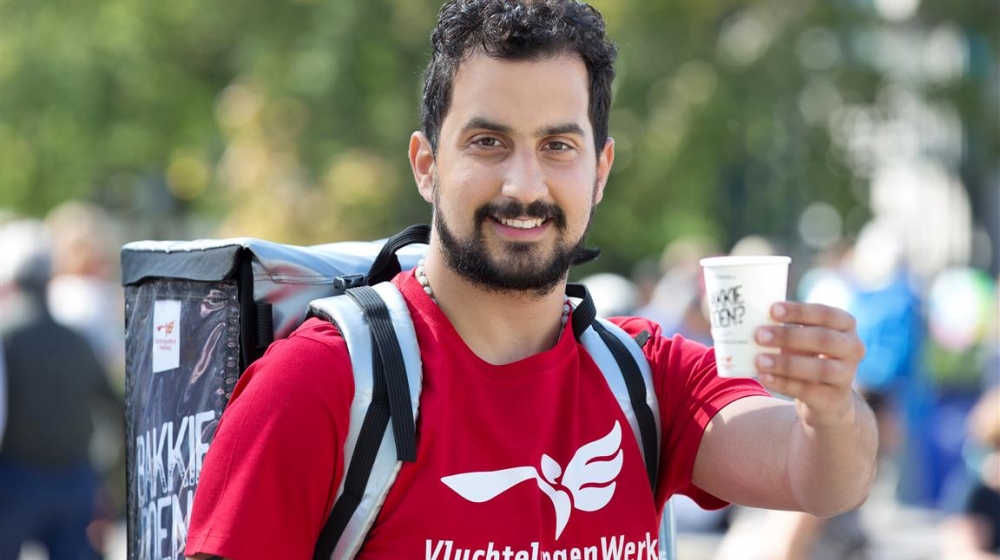 On Wednesday morning a group of refugees offered coffee to passers-by at the Eindhoven Station.

“Bakkie doen?” (“Have a cup?”) is a campaign of Vluchtelingenwerk (Refugee Work) in order to give refugees a helping hand on their way to a new future in the Netherlands. The ultimate goal of these projects is to promote the integration of newcomers.

“Refugees would like to meet new people. To get the feeling of ‘participating’ contributes to a good start and a faster integration in the Netherlands”, Dorine Manson of Vluchtelingenwerk, says.

The charity organisation cooperated with transportation company Connexxion for this initiative. The Bakkie doen action connects people with each other, but it also makes them get in touch with our employees. Over the next few years, we can also use many good drivers”, the bus company says. An example of that is Charles, who fled from Nigeria and now has a job as a bus driver in the Netherlands.

The campaign was held on World Refugees Day. Also, among other places, in Alkmaar, Nijmegen and Arnhem coffee was handed out.