The famous Catalan theatre company La Fura dels Baus is coming to Parktheater in Eindhoven from 12 to 15th September 2018.

The Philipszaal will transform into a ‘Black Box’, a picturesque space without seating where everything is possible. You will be able to stand, walk or move among the actors who will involve you in their performance.

With Manes, the group is returning to the original form of La Fura dels Baus’ productions from the 80s: primitive, harsh and violent. We live in a society that is no longer dominated by humans, but by technology. Manes confronts and immerses you in your most animalistic nature. The boundary between actor and audience fades. La Fura dels Baus performs throughout the world and leaves its audiences surprised, dismayed, discouraged or irritated. Let yourself be challenged by these masters of disruption. 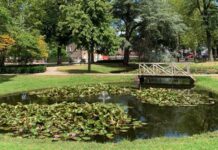 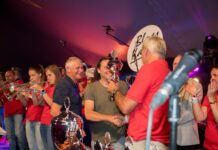