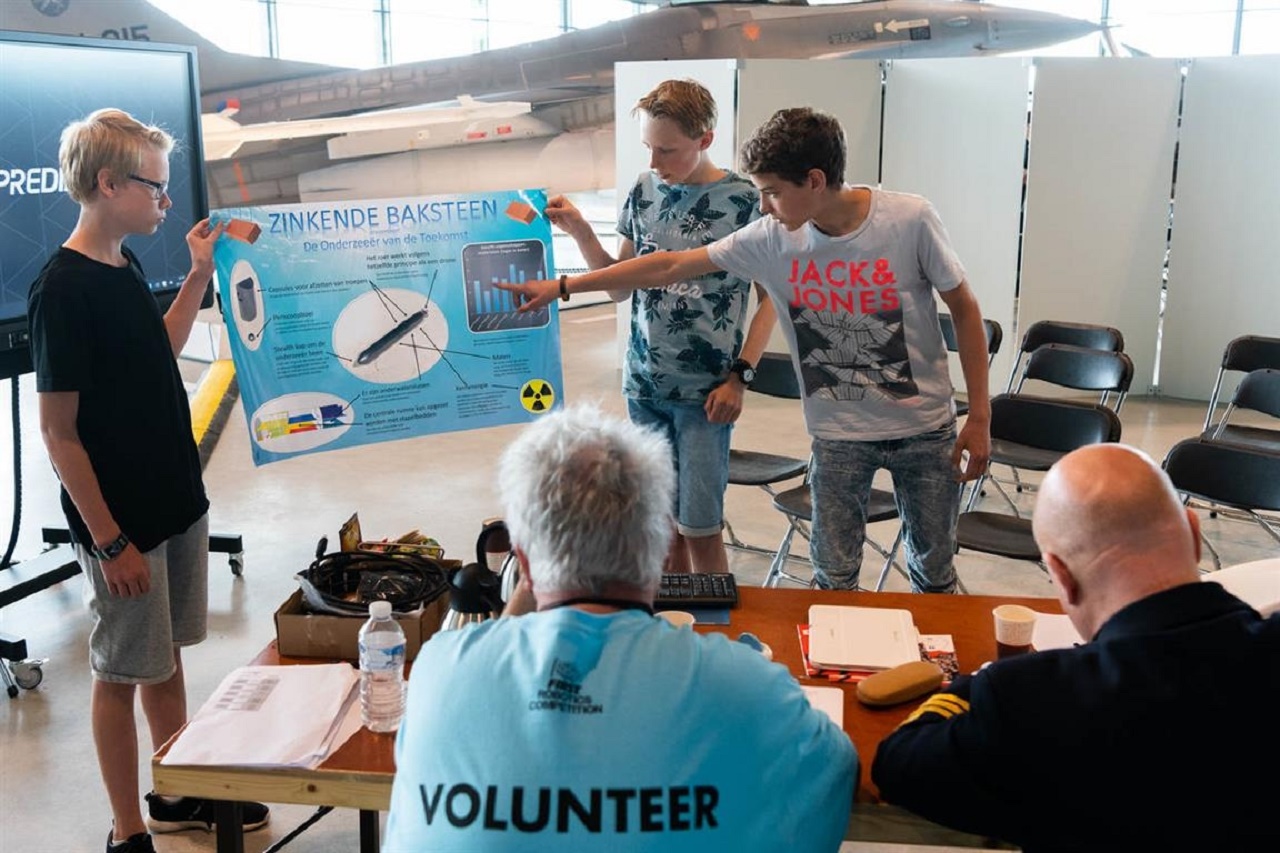 Young inventors of Geldrops’ Strabrecht College won the Dutch Eureka Cup. They designed a ‘submarine of the future’. In the Eindhoven region, creating successful and innovating designs starts at an early age, it seems.

Over 76 schools and more than 10,000 HAVO and VWO pupils took part in this national competition. Dutch foundation Stichting Techniekpromotie wants to interest young people in technology. The foundation states, promoting technology is necessary, for there is a shortage of young inventors and designers in many Dutch industries.

The competitors were asked by Dutch police, the Ministry of Defense and an installation company, to create a ‘submarine of the future’. The submarine had to be able to compete with international designs. Pupils were also asked to design their proposal in great detail.

Forty-five schools qualified for the finals. These took place at the National Military Museum.

Here, competitors had to present their design to a jury and clients. The Strabrecht College won because of their creativity, their innovating design and because safety is an important aspect in their submarine design.