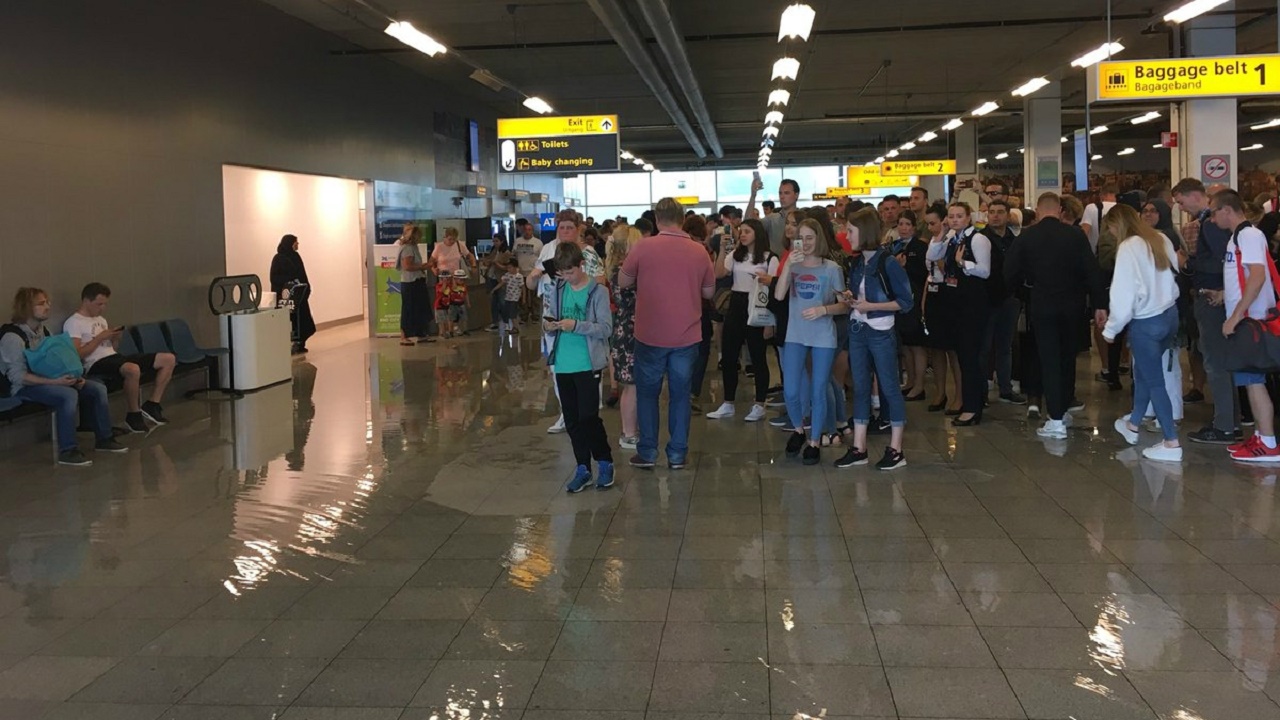 Sunday afternoon, the arrival hall of Eindhoven Airport flooded. Causes were severe weather and a drainage pipe which could not cope.

Severe thunderstorms passed across the region. The storms were accompanied by heavy rainfall. The water caused a drainage pipe to burst. This caused water to spill into the airport’s hall.

The baggage handling system was stopped. Passengers of incoming flights had to wait longer than usual for their luggage.

Late afternoon, the water had disappeared. Once the floor was dry, the baggage system was started up again and waiting passengers were reunited with their luggage. Throughout this flooding, air traffic was not affected.

Monday evening, the bad weather is expected to roll over the southern part of the country, with a prediction of up to 80mm of rain in some places. Tuesday will also bring local thunderstorms and rain.

Wednesday is expected to be slightly cooler. The average noon temperature is predicted to range between 22 to 28 degrees. However, towards the end of the week, temperatures are set to rise again, bringing a return of thunderstorms.