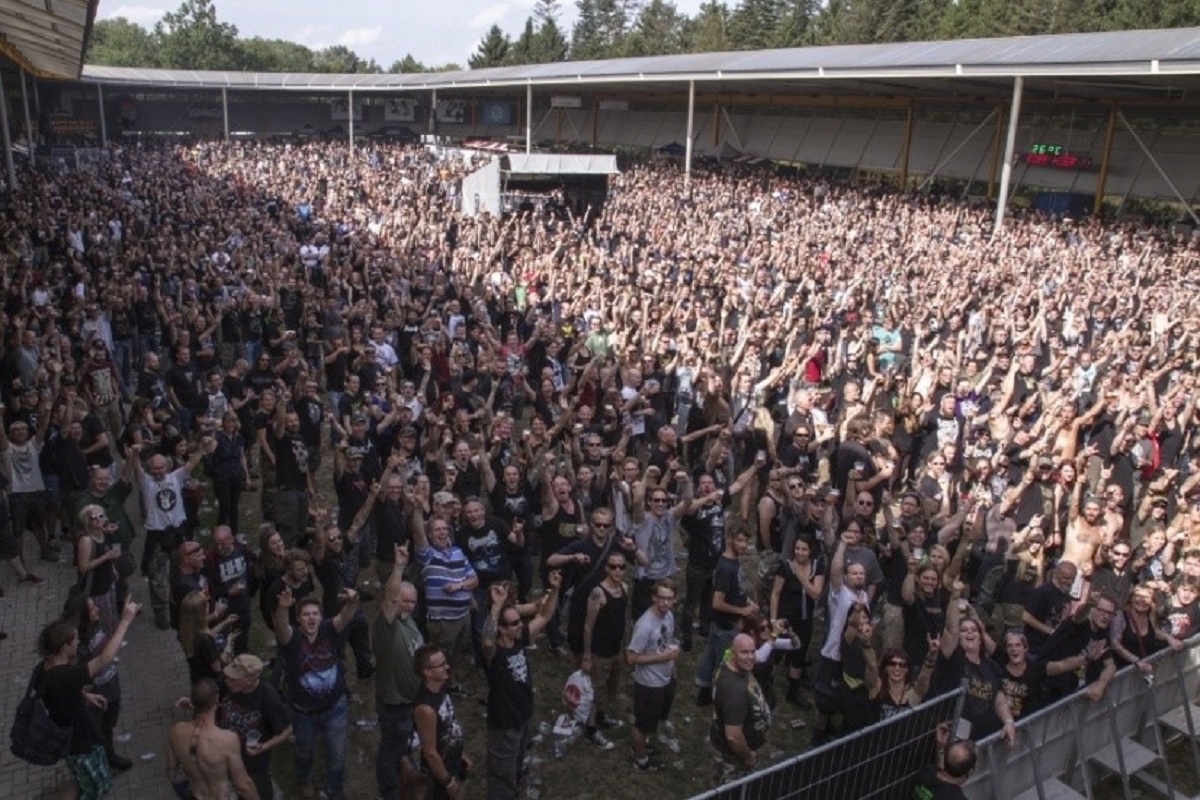 On July 14, 2018 the 4th edition of the Dynamo Metalfest will take place at the ‘IJssportcentrum’ (the semi covered ice-skating rink).

It’s a friendly Heavy Metal festival with a mix of some bigger names, iconic older bands, and upcoming new ones.

The Metalfest is the legacy of the legendary Dynamo Open Air (DOA) festival. This festival (organized by the heavy metal department of youth society Dynamo) started as a free festival in 1986, behind the original Dynamo building on a parking lot at Smalle Haven. After the first few editions with 7000-12000 spectators, the festival outgrew the space and moved to the ‘IJssportcentrum’ where it expanded further, and started to ask a modest contribution from the visitors.

Also that venue was outgrown, so it moved to the Welschap airbase (Eindhoven Airport), where it became a 3-day festival, with huge camping ground and over 100.000 visitors. It became national news when the many visitors (from all over the world but many from Germany), congested the roads around the airbase and north of Eindhoven, which resulted in massive traffic jams, that lasted over 24 hours. Some people who were stuck started their BBQ’s next to the motorway. By that time the festival was not only the favourite of the many visitors, but also of many of the bands, who played in local pubs in the area the days just before or after the festival.

After those legendary years at the airbase, that made Eindhoven temporarily the capital of the Heavy Metal world, the festival moved to different places, mostly close to Eindhoven, but also around Nijmegen. Big and promising bands kept performing, many of them on several editions. And now its back in Eindhoven, still against a modest price, to give you all the opportunity to see some great rocking bands, experience the relaxed atmosphere and perhaps sense some of its glorious past.

For Eindhoven News by Remco