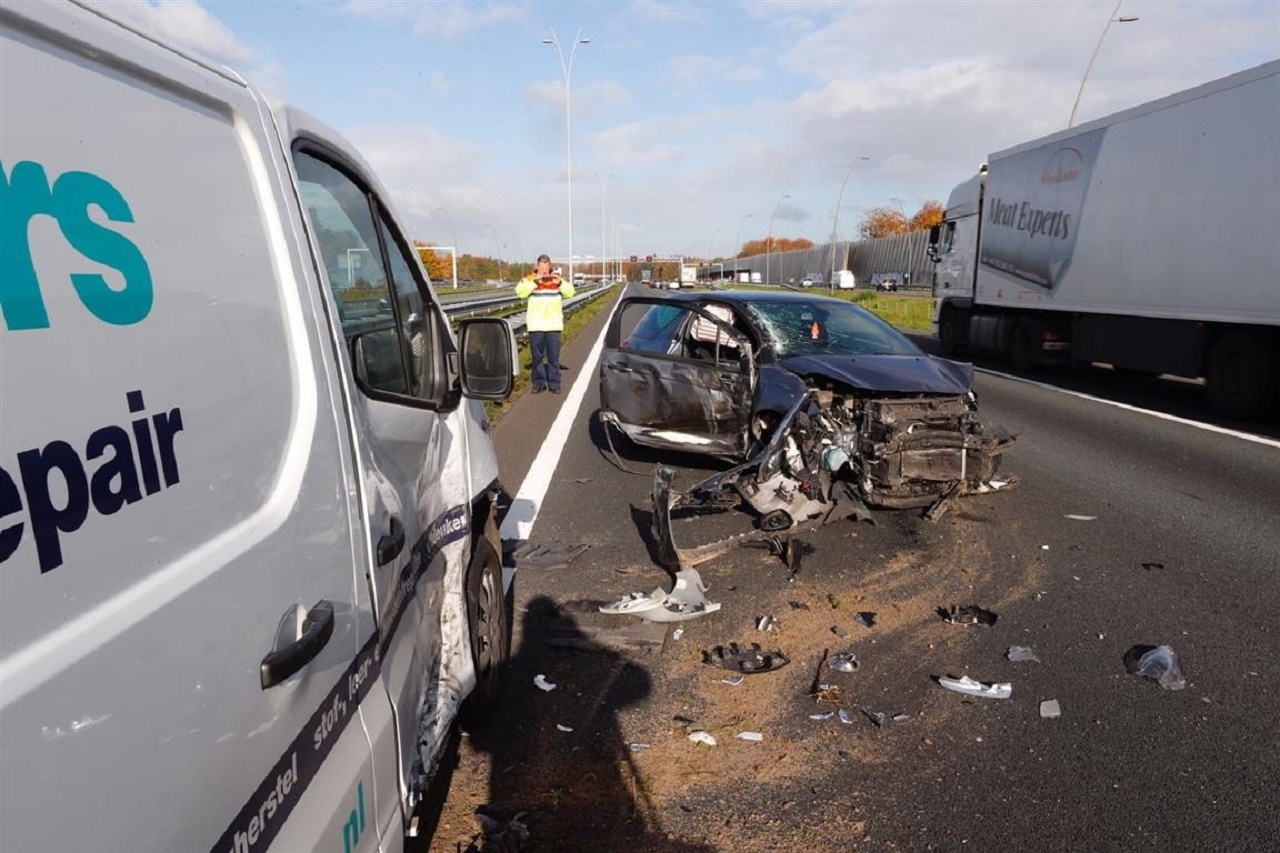 The A58 near Oirschot and A2 at Eindhoven Airport are the most dangerous sections of motorway in the region.

Figures from Rijkswaterstaat and the Incident Management Netherlands Foundation, requested by Eindhovens Dagblad, show this.

In south-east Brabant, on the A58 at Oirschot, no less than 65 accidents occurred last year. The A50 near Ekkersrijt and the A2 at Eindhoven airport showed similar numbers of accidents.

Researchers point out, these places are dangerous because of the immense amount of traffic and traffic movements. There are traffic jams, merging traffic lanes, entry and exit lanes.

Drivers need to pay extra attention here. They hardly ever do. Roads also have become busier, which increases the risk of accidents.

The government has promised to tackle a number of bottlenecks in the region. These include the A58 motorway between Eindhoven and Tilburg. A lane will be added. Road improvements along the A67 are also taking place.

In 2017, there were some 5,700 accidents in the entire province involving emergency services.