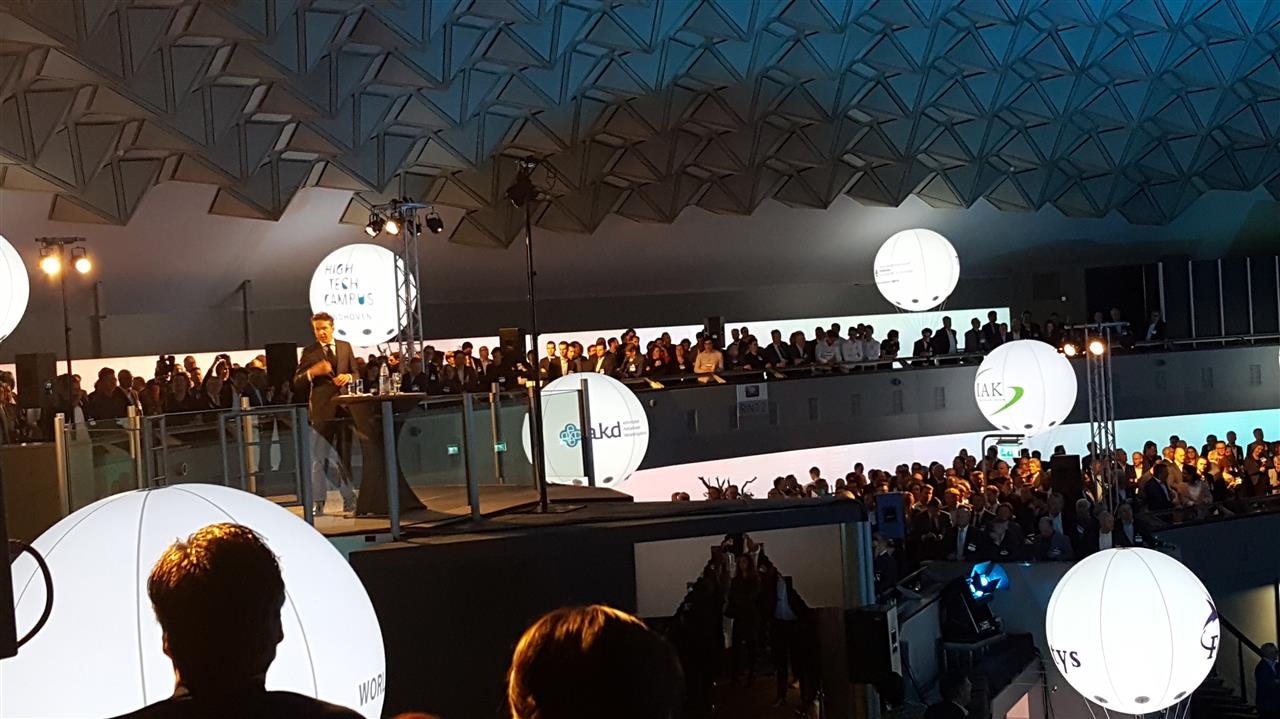 The Eindhoven region is the pioneer of the Dutch economy, said President of the Eurogroup Jeroen Dijsselbloem during the new year’s reception of the Brainport region in the Evoluon.

According to the former Minister of Finance Eindhoven shows with clear figures that it is at the forefront. After all, the economy has been growing harder in the region than in the rest of the country for a few years. Furthermore, the good cooperation between industry, research institutes and Governments in the region are an important basis to fulfill that pioneering role, Dijsselbloem said.

Because of the importance of the Eindhoven region, Dijsselbloem prefers to mention the G5 of The Netherlands instead of the G4, the cooperation between Amsterdam, Rotterdam, The Hague and Utrecht. ‘In the Hague I say that Eindhoven fits in that list. That is based on the size of the economy, and on the number of international companies that establishes here. Eindhoven just belongs to the small row of top cities in The Netherlands.’

ING calculated that Eindhoven is expected to grow by 4.6 percent in 2018. Dijsselbloem stressed that that success also has a downside: ‘The problem is whether you have enough people to fill in all vacancies out there. With this growth there will be thousands more every year and some of them will have to come from abroad. And you will need to ensure that people who are now on the sideline, will be involved.’

Dijsselbloem hopes that the new Cabinet will invest a lot more in the Eindhoven region. ‘The facilities in the field of culture, sports and education should be better, in order to be able to lift on that huge growth’.