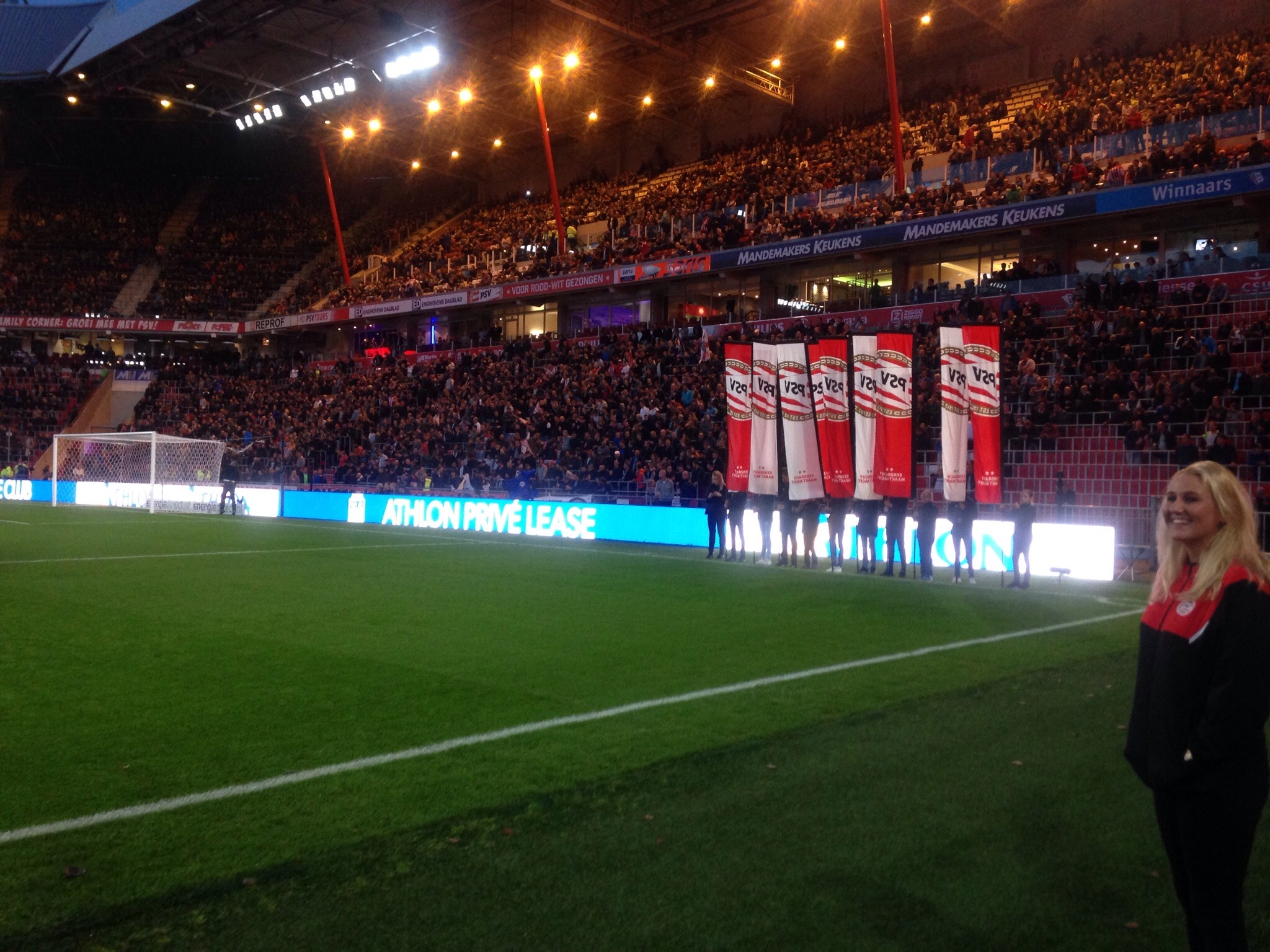 PSV have expanded their lead position and are 10 points ahead of national champions Feyenoord. Coming up is FC Twente, a team that is struggling to stay away from the danger zone. An insight on what is to come, this Sunday.

Last week’s match
Last week, PSV downgraded Vitesse from number 3 to number 5 on the ranking. With two goals from Locadia and Lozano – who are now together affectionately named ‘LoLo’ by supporters – there was a lot of fire and fun swirling through the team of Phillip Cocu. Several well-known media reporters and former internationals openly expressed their amazement for what happened to PSV since the ugly start of the season. It’s almost ridiculous how fast things can change in football. But with 27 points out of 10 matches and a lead in the competition, there surely is enough reason to be excited about for PSV.

Quiet week and month in Eindhoven?
PSV has only 3 matches scheduled for November. No KNVB Cup matches and of course no European football for the rest of the season, plus one weekend with friendly matches of the Dutch international team makes it awkwardly quiet at sports complex De Herdgang. It simply hasn’t been like this for over 4 decades, the situation of the Dutch teams in Europe is increasingly alarming. But let’s keep our focus on the national title. Let’s talk about PSV’s next opponent: FC Twente from Enschede.

Next opponent in the picture: FC Twente
FC Twente, established on June 1st of 1965 as a fusion of Sports club Enschede and Enschedese Boys, have almost always performed above average since their joining of the Eredivisie in 1965. They degraded back to the second division only once, in 1983, but came back and grew out to be a sub-top team ever since. Their absolute best years started in 2007, resulting in their first national championship in 2010, the KNVB Cup in 2011 and the Johan Cruyff Schaal in 2010 and 2011. From that point on things went downhill slowly but securely. The club saw a series of coaches fired or leave, dealt with internal unrest and financial issues and a lot of pain when a part of the new stadium roof collapsed while under construction, killing one of the workers on the spot. Top manager Joop Munsterman left in 2015 and according to some left the club with a financial ravage due to extremely creative deals he made in the successful years before that. Until today, the club isn’t performing well, the last coach being fired less than 2 weeks ago.

Last week the club confirmed that Gertjan Verbeek is contracted until mid-2019. The 55-year-old Dutchman has coached Heracles, Heerenveen, Feyenoord, AZ and FC Nürnberg in the past and got fired at VFL Bochum in July. Verbeek is known for being very down to earth and letting his players train hard. Looking at the fact that FC Twente is holding a 13th position and can use any point at this moment, it is to be expected that he will play defensively against PSV, who are a team that doesn’t necessarily want to make the play either but is very strong in the counter attacks. Thinking about this, you might expect a match with not too many goals. But PSV has LoLo.

Statistics
PSV has won 53 and lost 19 of the 112 matches it played against FC Twente. The first match ever took place in Enschede and PSV got beaten with 7-1. They took revenge in Eindhoven with the same numbers in 1979. In April 1993 PSV defeated Twente with 6-2, and Twente took revenge with the same numbers in Eindhoven in March of 2012. Luuk de Jong was Twente’s striker at the time and was very important in their victory with 2 assists and 1 goal. The last time Twente beat PSV was in Enschede on 12 May of 2013, since then they have always lost points to the team from Eindhoven. 3-0 is the most common result that PSV books against Twente at the Philips Stadium and that could just be the end result again this Sunday, considering the 18 points difference between the clubs after 10 playing rounds, and of course the fact that PSV has scoring machine LoLo as part of their team.