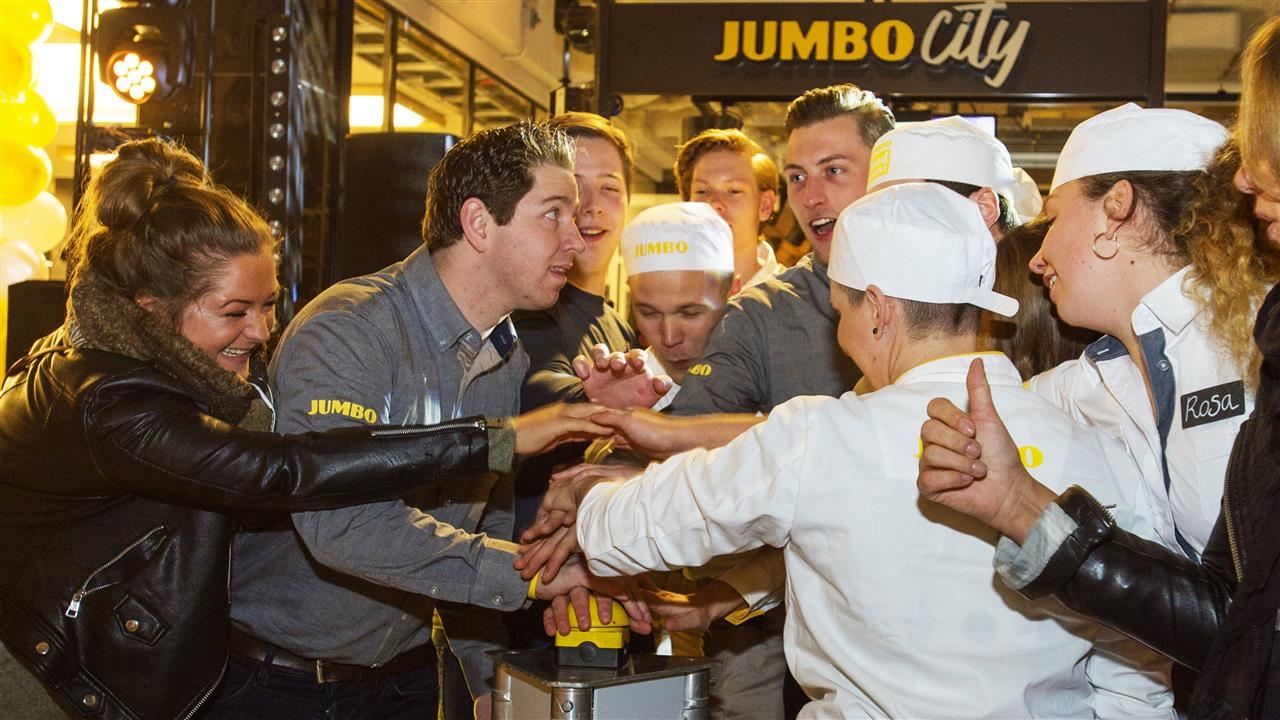 The first Jumbo City opened in Eindhoven’s central station on Wednesday morning. The new store is a hybrid of regular Jumbo supermarkets and the La Place restaurants the chain bought from bankrupt retailer V&D.

Albert Heijn’s AH To Go stores have been considered ‘the’ railway station supermarket for years. By opening Jumbo City, Albert Heijn’s Vehgel-based competitor appears to be breaking that monopoly.

Eindhoven Station now has a supermarket on each side, with the AH To Go located on the bus station side.