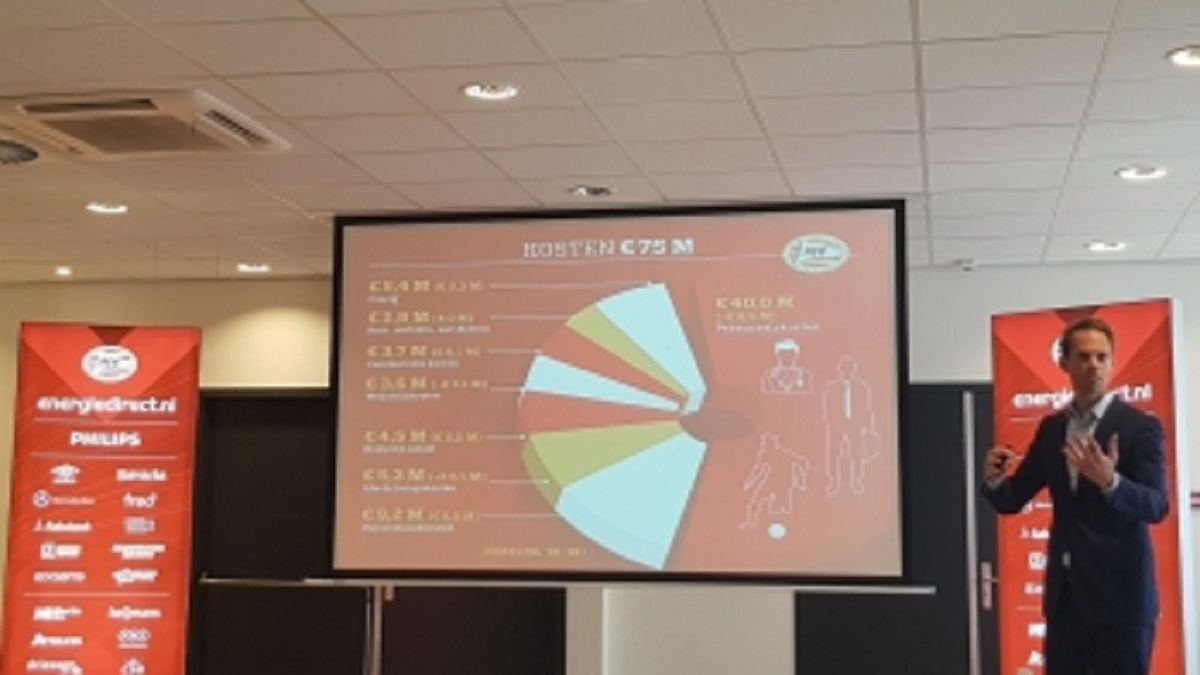 After presenting their annual figures for the 2016 / 2017 season PSV showed a net profit of EUR 2.2 million. The club announced this on Friday morning.

The annual turnover went down by EUR 9 million compared to 2015 / 2016, because of the lesser results in Europe. Costs went down by 8 million, so PSV stays in the black. The total turnover was EUR 86 million.

PSV paid off debts to the amount of EUR 12 million on ongoing loans last year. In the 2015 / 2016 season the club already paid off 8 million. PSV wants to have all its outstanding loans repaid by 2020. The total of these loans amounts to EUR 10 million.

The club’s equity amounts to EUR 34 million at present. The club, however, does warn it is facing a financially tough year because of missing out on European football this season.