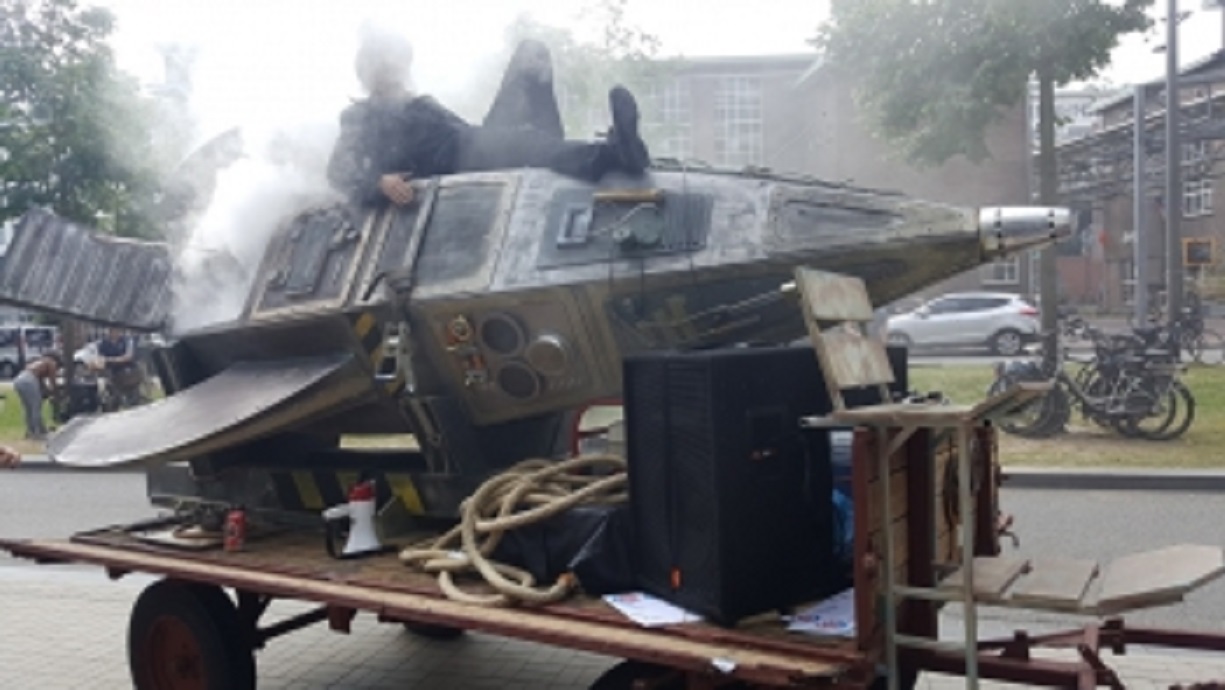 The Eindhoven Maker Faire which took place in the Klokgebouw, is estimated to have attracted some 10 000 visitors this weekend. At the event, young and old learned about robots, drones and creative inventions.

“The new layout in a larger location has been more than successful,” Rene Paré of the organization stated. Last year, while still held at the VDMA building along the Vestdijk, the Maker Faire attracted about 2 500 visitors.

In the Klokgebouw, over 200 national and international inventors showed visitors how beautiful and exciting things could be made with creativity and a bit of technical insight. There were workshops, but visitors also had a chance to try out new gadgets, print 3D prints, talk to a lifelike robot, make crazy vehicles and watch a parade with a rocket and large robots.

Official Maker Faires are organised in 140 countries. In the Netherlands, it takes place in Eindhoven. The organisation intends to expand the Dutch event. In Eindhoven, they want to increase the event’s national and international appeal by creating more spectacular installations and inviting more inventors from abroad.