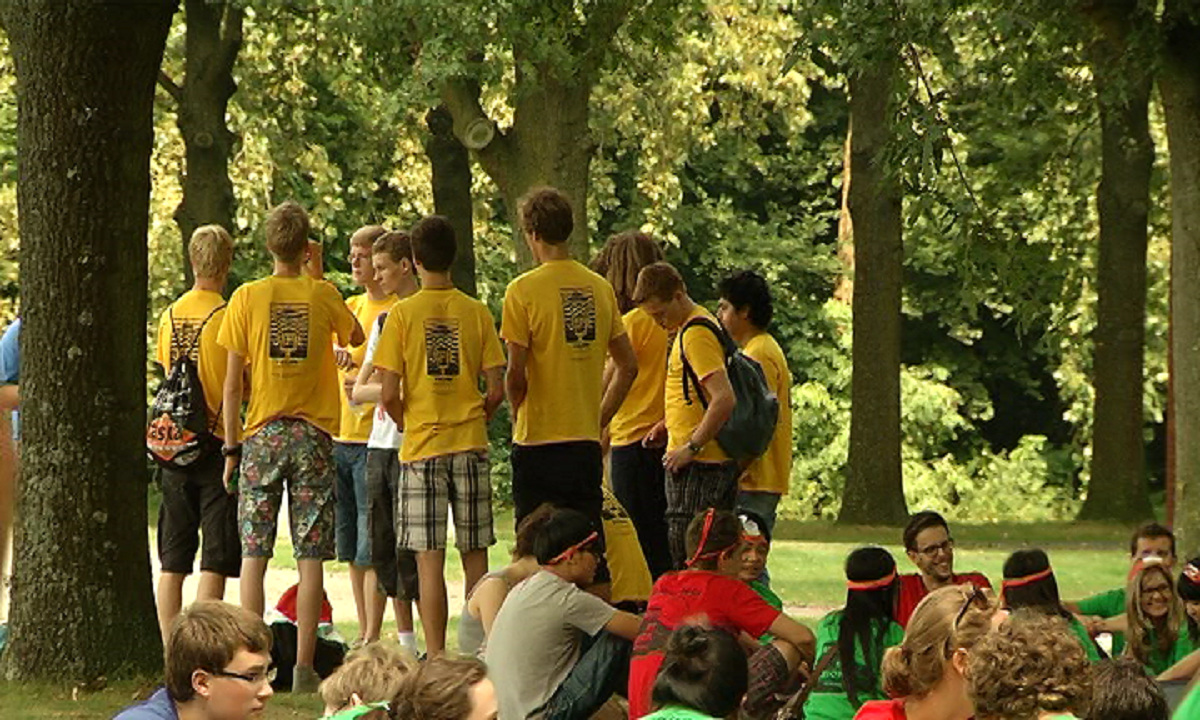 Eindhoven’s centre will be flooded with new students this week. The student orientation week started this morning, for both TU/e and HBO (higher vocational training) students from Fontys. This year, Eindhoven welcomes over 10,000 new students.

The program of the Eindhoven University of Technology started along the Limbopad at the TU campus this morning. Students of Fontys assembled at the large complex along Rachelsmolen.

The aim of this week is to introduce new students to the city, higher educational institutions, fellow students, and Eindhoven’s student life.

As in previous years, the Klokgebouw on Strijp-S has been converted into the largest hostel in the Netherlands. About 2,300 college students can sleep here during the next few days.

Students will explore the entire city, but will also often be found on the campus of their educational institutions. In addition, student associations organize various activities at the Stadhuisplein.

The introductory or orientation week will last until Friday 25 August and will end with the so-called Purple Festival, at Strijp-S.