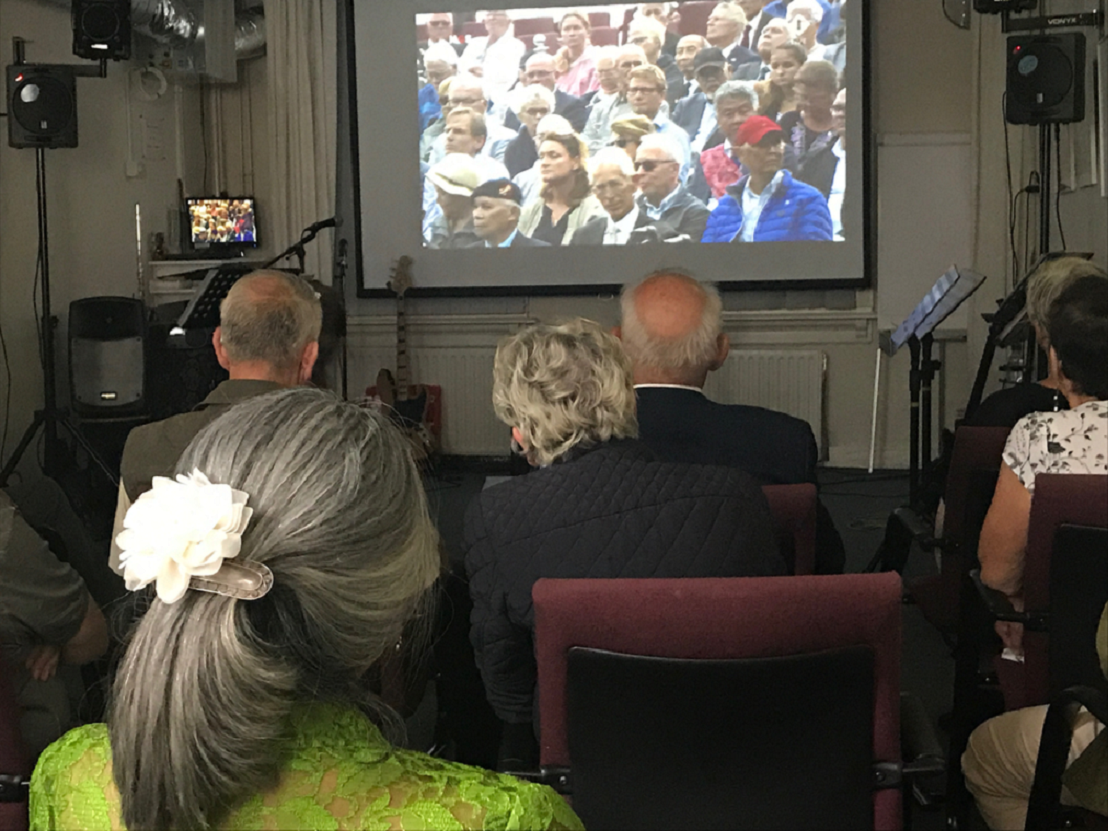 The Indonesian community in Eindhoven has called for a private monument for Dutch citizens and soldiers stationed in World War II, who became victims of the Japanese occupation.

‘The fifth city of the Netherlands does not have a monument or a plaque, or a place where we can come together to keep the memory alive by telling our stories’, Hans Brommezijn, President of the Indonesian Network, says. ‘We miss that’.

A part of the Indonesian community came together at veterans home De Treffer (The Hit) to watch the national Indonesia remembrance in the Hague yesterday afternoon. Yesterday night a part of them went to Geldrop-Mierlo for another Indonesia memorial with speeches, music, and stories.

‘In particular, the stories are very important’, Joyce Radesey of the Indonesian Living Room, says. ‘In the beginning, no one wondered about anything so you didn’t feel like talking about it. Now the extinction of the first generation has begun, the third generation starts asking questions. We would like to answer them’.

People of the Indonesian community still feel a lack of recognition, she says. Brommezijn also recognizes this. ‘When our parents came to the Netherlands in the ’50’s they were helped, but they had to pay back everything. While they had already lost so much. Family, but also the beautiful place in India where they lived’, he says.

A monument or a plaque would partly compensate the lack of recognition according to Indonesian Network. In fact, the plans are ready. Vitalis Peppelrode wants to make space available. There is an artist, but there is no money. Brommezijn finds that a task of the municipality of Eindhoven, but companies may of course sponsor as well.

If it all works out the Indonesia commemoration might no longer be in ‘De Treffer’ next year, but at the new location.