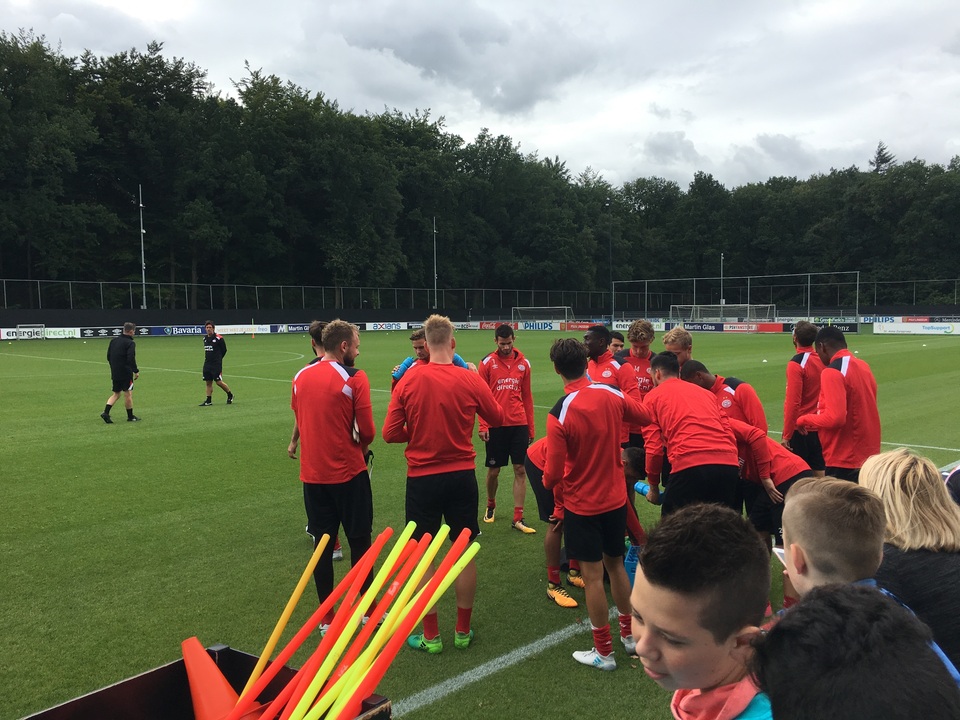 PSV supporters at the Herdgang were disappointed after Thursday’s loss against NK Osijek. The team from Eindhoven had to admit defeat against the opponent from Croatia with a score of 0-1.

Still, it was pleasantly busy at the PSV post-game training session. “But where was Van Ginkel?” He stayed behind in the change room. The players of the starting line-up were excused from the training. Substitutes Pereiro, Lozano and Pröpper however did join the group on Friday morning.

The fans that took the trouble to come and see their favourite player still turned up in big numbers. They had mixed feelings. After all, it was only the first game of the season. But, never the less, you should not lose against an opponent whose yearly budget is is about the same as the money paid for Derrick Luckassen. On that everybody agreed.

The fans still have confidence. Newcomer, Hirving Lozano, is especially appreciated. “He’s fast as lightning”, one supporter says. And it is true, during PSV-Osijek he showed incredible speed. Although he could not turn the match in the half hour of playing time he got, the ball contact he had showed great promise.

PSV can put things right on Thursday, 3 August. But they have to win, or else the European season is over before it well and truly begins.