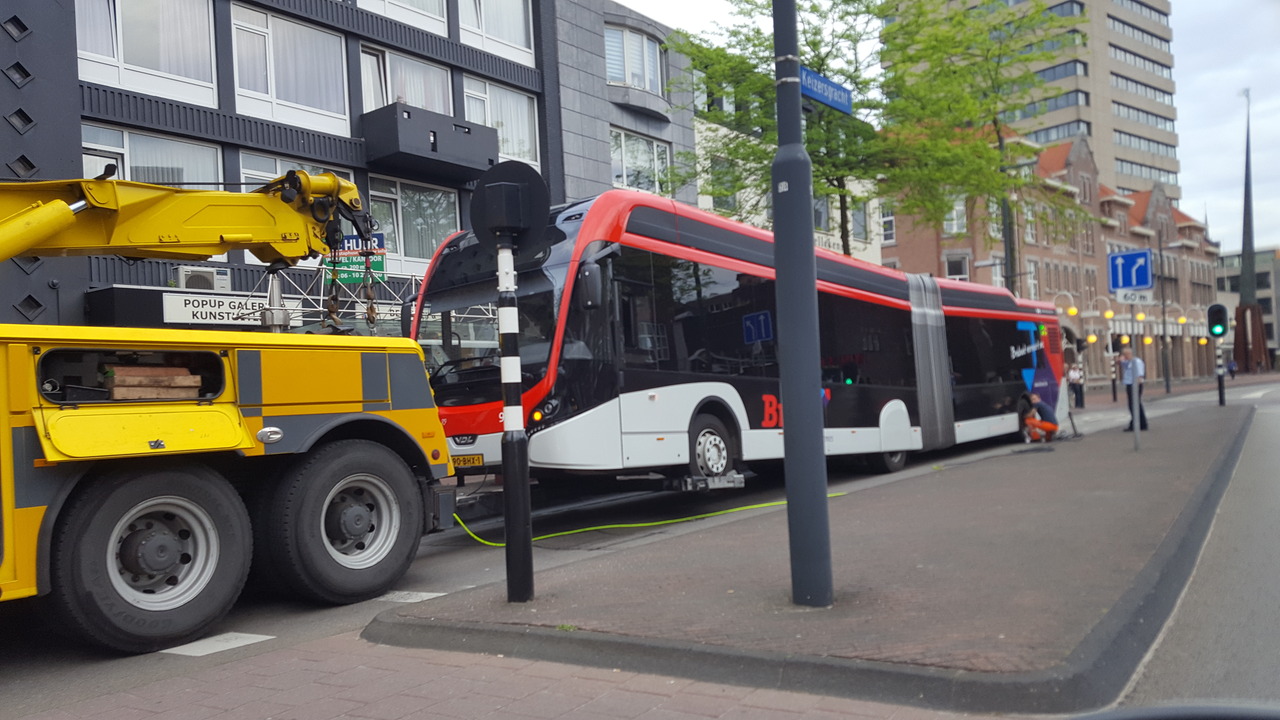 A broken bus has caused congestion on the bus lane in the Eindhoven city centre last night.

On the Keizersgracht a traffic jam of buses appeared, which led to delays for passengers.

The very same spot was hit by misery two months ago as an electric bus stalled there after a failure.

43 electric buses have been driving in the South-east region of Brabant since the end of 2016. It is the largest electric bus fleet in Europe. The new buses sometimes cause problems as well, for instance if they have not been recharged enough.