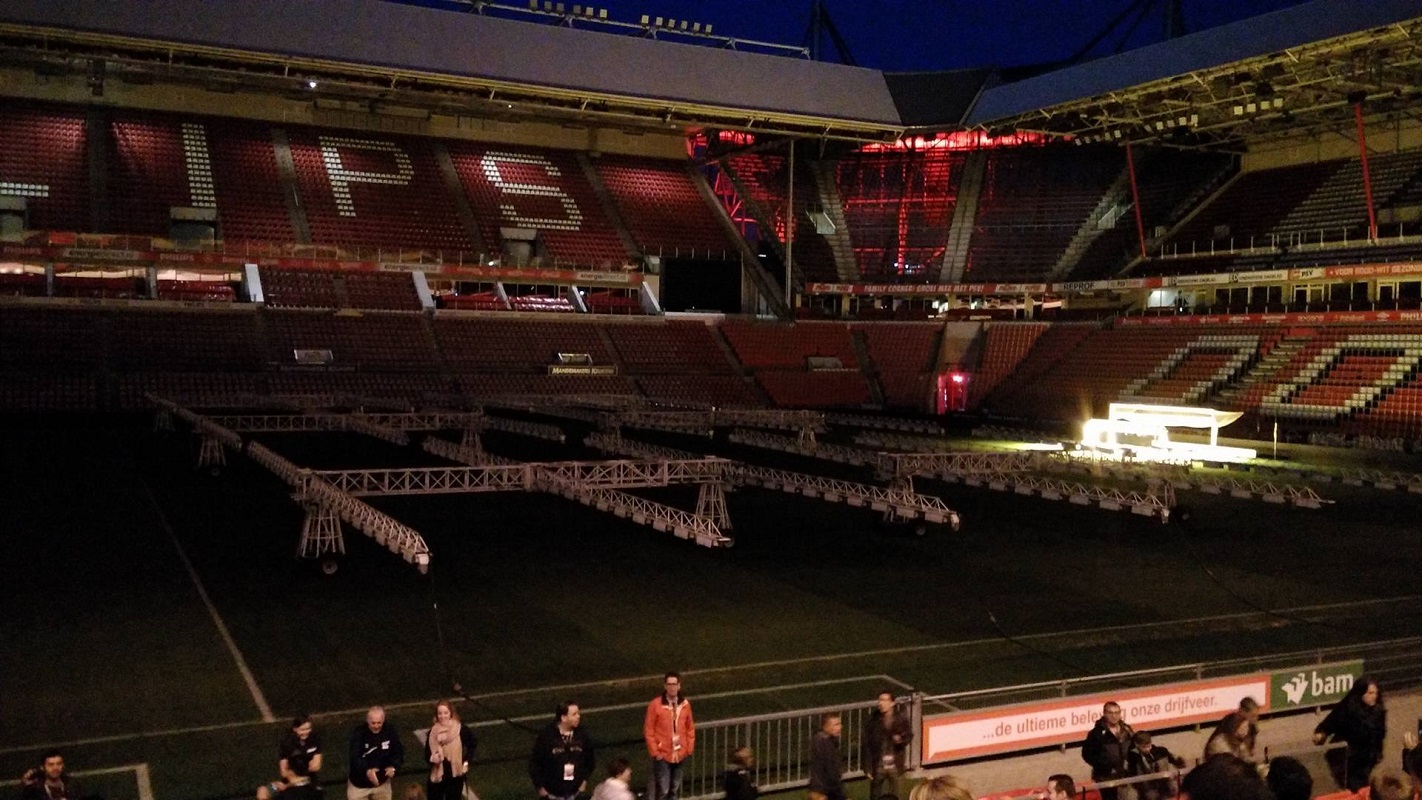 On Friday 24th of March, there was a Meet & Greet in Eindhoven with internationals touring the Philips (PSV) Stadium. Around forty people experienced this amazing event.

Having a history of more than 100 years, the Philips Stadium is very popular among the people of Eindhoven. The guided tour of the PSV Stadium gave internationals, who only came recently to Eindhoven, a journey through this historical stadium. “Today is my 21st day in Eindhoven, I am so excited to visit the Philips Stadium”, “We came to Eindhoven one month ago…”; several internationals exchanged their excitation about the journey.

Starting at 19:30, the tour took visitors behind the scenes to the player’s entrance, football field, and watched the lighting show usually held before a match. The visitors even had access to the restricted areas normally reserved for the football players and officials, such as dressing rooms, meeting room and the historical tunnel.

“I want to be a member of the club and then I can buy a ticket to watch matches here, it’s amazing”, said Endi, a football fan from Turkey. He wore his team T-shirt and took a nice picture at the football field.

After the tour, visitors had some drinks within the stadium and shared their experiences together. This event was organized by Expat Center South and Rabobank Eindhoven. They held this event to help newcomers of Eindhoven to get to know each other. On the 25th of March, Saturday morning, they had another tour for families with children to visit the Philips Stadium.