Home NEWS Lifestyle Snack bar ‘de Pomp’ is wrong: newspaper does not have to rectify 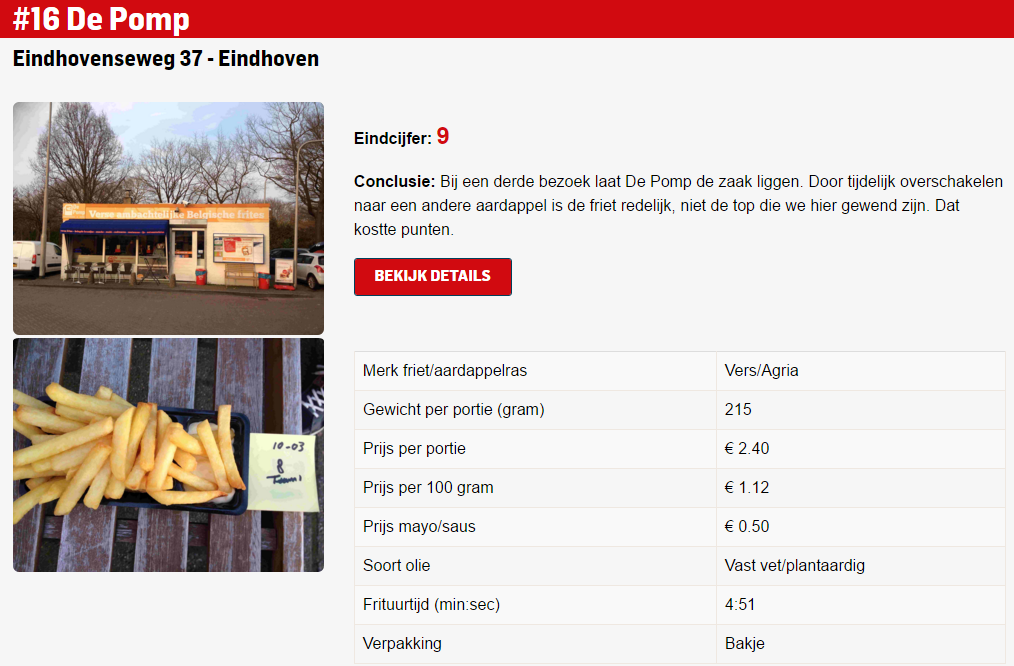 Snack bar ‘De Pomp’ (the pump) at Eindhovenseweg has not been adjusted by the Judge: the AD (Dutch daily) does not have to rectify their yearly French fries test neither has to do it all over.

De Pomp mounted summary proceedings against the AD, because the owner found the sixteenth place in the rank list too low. De Pomp should have been in the top 5, the snack bar said.

The French fries bakers were accusing the paper of visiting them outside the official measuring period, as well as having visited them unannounced to test the fries. Unfair, said the snack bar, as especially on that extra day the fries were less good, and De Pomp dropped from a place in the top 5, to the eventually sixteenth place.

But the Judge did not agree with that. The AD actually held a competitive research, and therefore the paper was free to test whenever they would like. Also one may expect a constant quality of the top 5, the Judge found, so an extra unannounced test was not excessive.