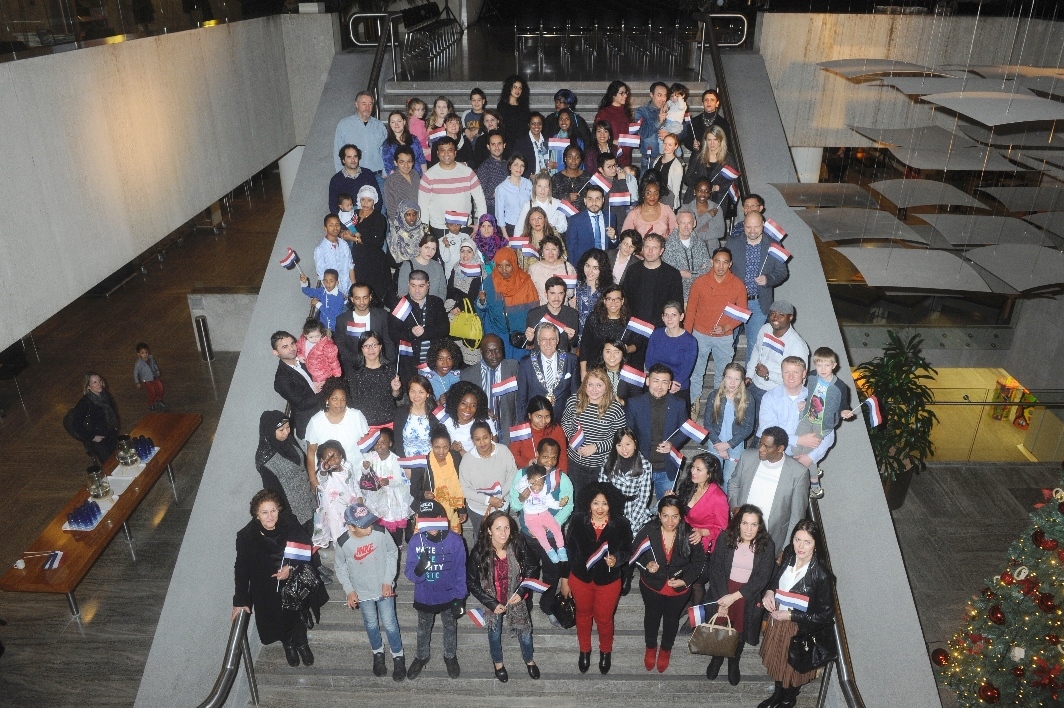 The Eindhoven municipality again celebrated ‘Koninkrijksdag’ (Kingdom day) this year by inviting 615 new Dutch citizens to its naturalisation ceremony. Everyone who received their Dutch citizenship in the past year could come to the celebration.

This year there were 615 people from 77 different countries. The oldest was 76 and nine of the group were only a year old. Relatively speaking, the most people came from Somalia (69) and Turkey (65). There were, however, also people who were born and raised in the Netherlands, but only received their Dutch citizenship this year.

At the reception at the Stadhuis, Mayor Jorritsma gave a speech, a group photo was taken and there were ample snacks and drinks.