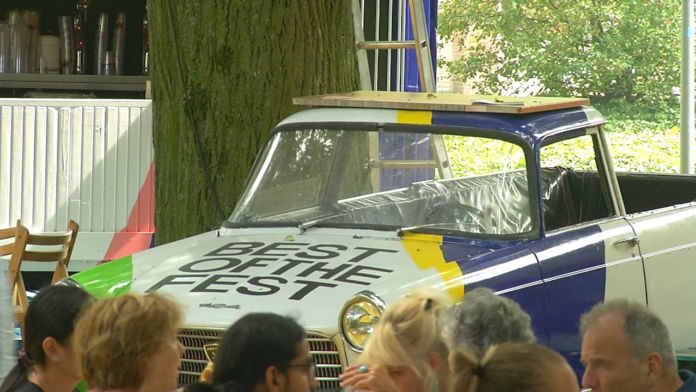 The third edition of Best of the Fest has started. From 1 to 4 September there will be all kinds of dance in and around the Park Theater Eindhoven.

The focus this year will be on dance forms from the regions of the ‘Districts of Creativity’ network, the most creative and innovative regions of the world. Best of the Fest combines the cultural industry from ten of these DCs, among which Shanghai, Catalunya, Lombardy, and Noord-Brabant.

Examples of dance that can be enjoyed at Best of the Fest are ballet and modern dance, but also urban dance and cutting-edge dance, sometimes in combination with virtual technology. Big international artists such as choreograph Sidi Larbi Cherkaoui, Icelandic dancer/choreograph Bára Sigfúsdóttir, and Norwegian jazz trumpetist Eivind Lønning are also coming to the festival specially for Best of the Fest Netherlands.

Beside watching the shows, you can also join various workshops. According to one of the organisers, Rianne Pragt: “The workshops are there for both young and old. There’s going to be something interesting for everybody.”

The complete programme can be downloaded from the website of Park Theater.

14 July 2022
Summer is always a lot of hustle and bustle. Vacation plans, shopping, packing, picnicking and of course, the BBQs. People are all set for...