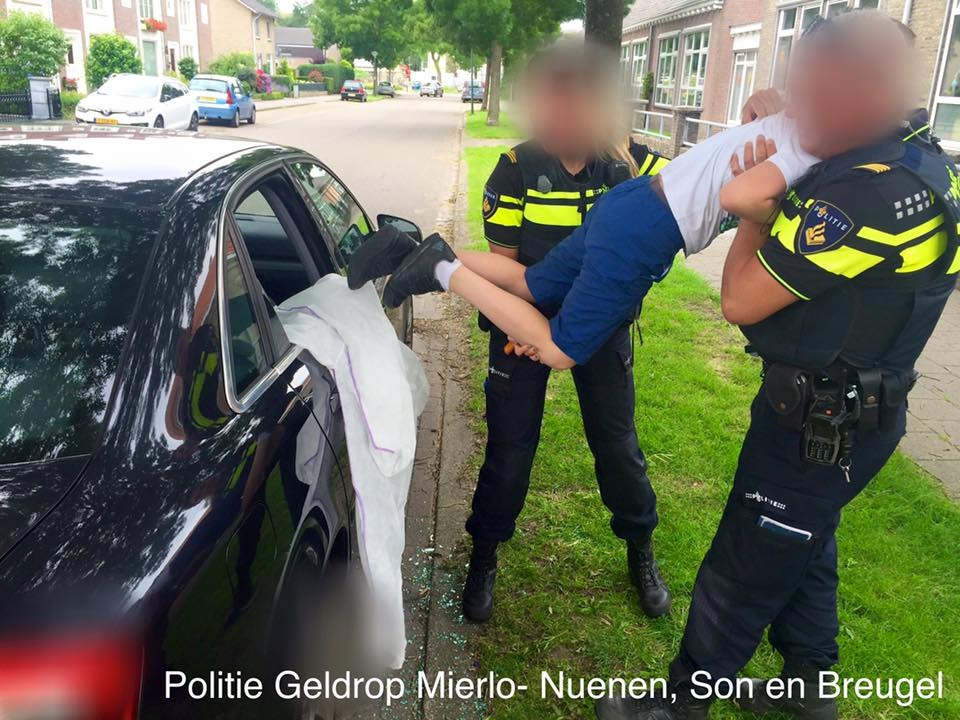 The police in Geldrop rescued a child from a hot car. According to neighboring residents the car was parked for some time at the Deelenstraat, with the emergency lights on.

The car was completely sealed off, with a boy of about 7 years old in a state of panic. He was still able to talk, even though he was sweating heavily. The longer it took the more the child panicked, since the car could not be opened from neither the inside nor the outside. The boy waved with his hand and said he could hardly breathe. Because all the windows were closed and the temperature outside was already fairly hot, the police decided to break one of the rear windows, and not wait for the driver to return.

With a window breaker brought by a local resident, the boy was asked to hide and cover his face while the window was smashed. The boy was then taken out of the car, took some time to recover, but is now fine. The driver of the car was given a reprimand and additional sanctions are not excluded.