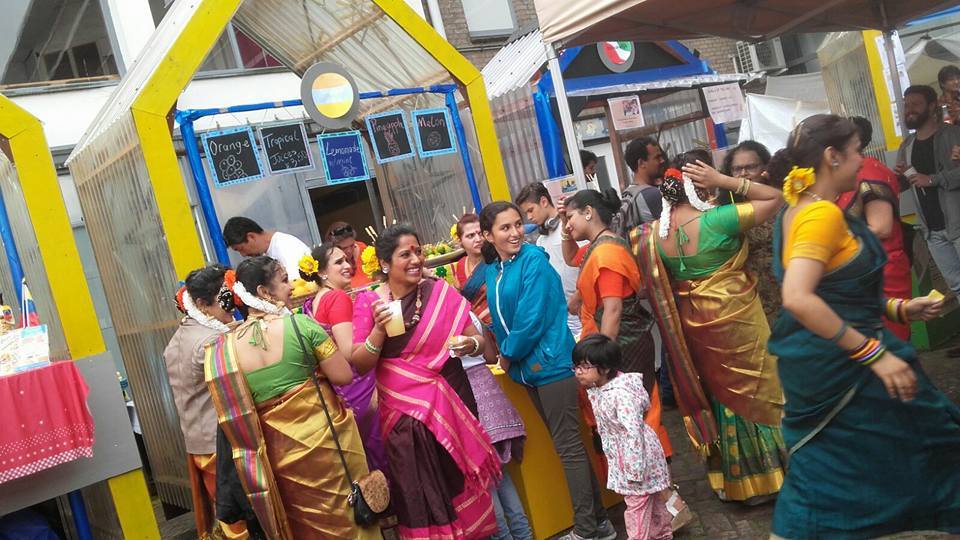 The International Boulevard in the heart of Eindhoven, has opened on Sunday 12 June. It was a day full of events: the International Festival, the Expat Fair ‘i am not a tourist’, the Expat Spouses Initiative and a number of workshops organized by The Hub.

"Yesterday, Vestdijk was the perfect host for the starting of a new and great ecosystem". Anne Yianni – from Expat Spouses Initiative – expressed these words at the end of the successful day where a lot of people got together to give and receive advices, hope and help.

The ‘I am not a tourist’, organised by Tom Bey (manager of Expat Fair Eindhoven), showed more than ever how friendly and welcoming Eindhoven is, always trying to integrate the international community with the local life.

According to Tom the Expat Fair was successful and very busy, with more then 1000 visitors. What was so special about the Expo is that it offered international visitors a great combo: on the one hand delicious international food and culture, and on the other great opportunities to gather important information for internationals. Urban dancing performances from Eindhoven Sport, the Expat Top 10, How to Buy a House, Yoga and Salsa workshops, a ‘How to Be Dutch’ quiz, and a number of presentations about job hunting, interviews and work.

Colourful stands of the International Festival at ‘the Hub’ entrance where guiding visitors to the Expat Job Fair inside the historical VDMA buildings. Numerous companies and organizations had their booths to offer their services. The Expat Fair was organized for the first time in Eindhoven. This professional event had 22 presentations on 3 different stages, 15 sponsors and endorsement partners and 90 different organizations participating. The expats were offered diverse services facilitating jobs, housing, healthcare, sport, travel, education, finance, news and according to good, Dutch tradition, a call to help the community with charity and volunteer work. Organizations ranged from public services like the Eindhoven Library to Study Portals that advice internationals about which study to choose.

Also outside on the road great performances in the multi-colour street parade took place during the day, with people smiling and photographing everywhere. International Dance Eindhoven had two of their members show off at the very end of the parade, dressed in their anniversary t-shirts carrying a large banner. Enjoying the nice sunny weather during the parade, lots of people passed by in front of the VDMA-building. Even after the rain started, people kept on smiling inside the building. A movie with dancing people showed what International Dance Eindhoven represents: people with a wide range of cultural backgrounds enjoying music and dance from different countries.

The Hub hosted workshops, conferences and children’s entertainment. With a bar on the deck they offered a spot for people to sit and chat or get out of the torrential rain. In addition the Hub was very proud that one of the E52 Expat Top Ten winners, was one of the Hub’s founders Lin Pender, for her services to the Hub and for the expats of Eindhoven.

If you like to be helpful in the community you can visit some of the organizations present yesterday such as "Eindhoven Doet" Doet" – a nice group of volunteers looking for ways to cooperate with other parties, like companies able to provide training or workshops. There is also the "Rotary Club Eindhoven International", focusing on charity work locally but also internationally.

The Expat Fair was a great place to check out a whole lot of organizations that are around to help internationals in Eindhoven. It was also a fantastic place to network and to find out what kinds of opportunities are right on our doorstep. The presentations were varied and interesting and there was something for everyone, including a video message from Mayor Rob van Gijzel. Hopefully this was the first of many future International Fairs in Eindhoven.

More about the Opening International Boulevard in Eindhoven you can find here.