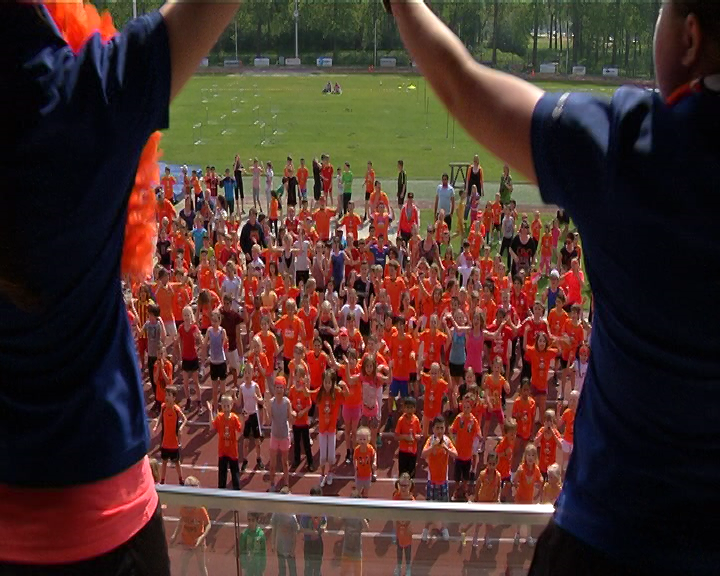 Today more than 1,000 primary school students in Eindhoven joined the King’s games in the Eindhoven North Sports Complex. They were accompanied by nearly 100 students from the Summa College in Eindhoven.

The event was opened this morning by Alderman Bianca Kaathoven and Wichard Rops. He is Director of the Summa College.

The kids could play not only play football and hockey. They also participated in lesser known sports like slackline, freerunning and frisbee.

In 2013, the first King Games was organised. That was during the inauguration of King Willem-Alexander. Since it was such a great success, King Games are now held every year.

The aim is to enable children to experience how much fun and how important sports is. The proceeds go to The Humanity Foundation, an initiative that contributes to a better future for children in Ghana.