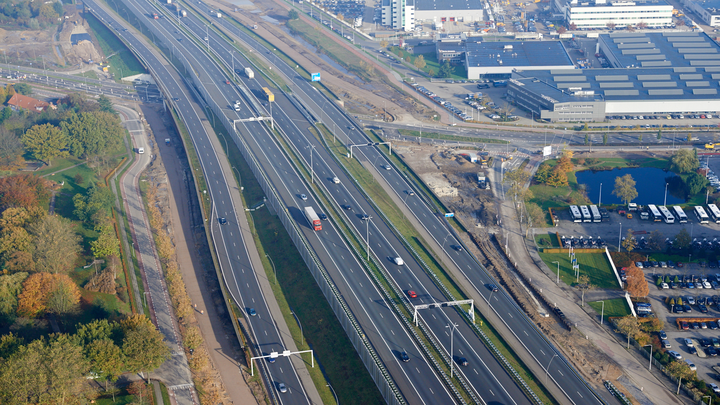 Rijkswaterstaat (Dutch Ministry of Infrastructure and the Environment) is finalizing the new N2 junction near Meerhoven.

Next week, the exit and entrance ramps will open to traffic. Because of increased traffic on the Noord-Brabantlaan, the junction was congested more and more often and needed to be reorganized.

In order to solve that problem, Rijkswaterstaat and the municipalities of Eindhoven and Veldhoven decided to create a new N2 – Meerenakkerweg junction. Next year, the connection to the Noord-Brabantlaan will be adjusted.

These changes do not only solve congestion in that area. Business park De Hurk and the neighbourhood Meerhoven will also be more accessible.

The Park & Ride Meerhoven has been reorganized as well. Only a few people have been using it since its opening. The municipality hopes the number of users will increase significantly with the new ramps and better signposting.