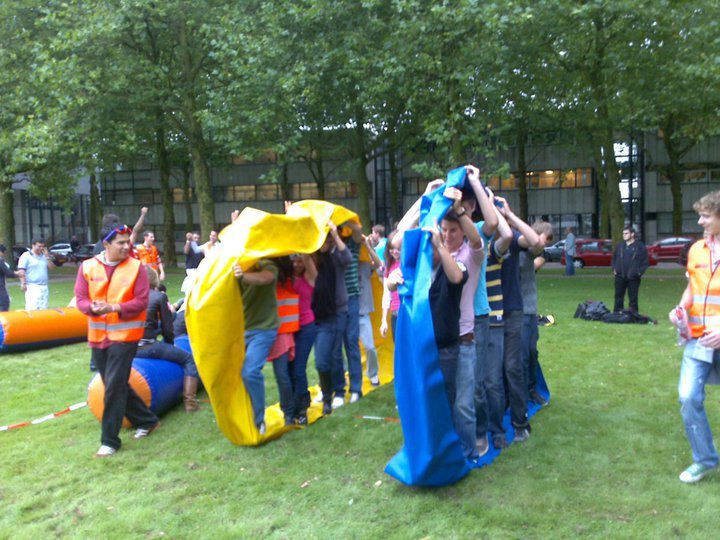 It has been three years since I am living a life as an expat in the Netherlands. I landed here in August 2010 with high aims and a passion to acquire my graduate studies. This was the first time I had flown away from my ‘comfort zone’. The comfort zone of my family, friends, language, food, weather and culture.

The very first symptom of being an expat is home sickness. It has a series of effects on your life both emotionally and physically. Most of the times, these feelings of nostalgia can have negative effects on people. But normally the first phase of homesickness is always a ‘honey moon’ time. When you explore the new dimensions and colors of life. I was no different. The starting days went off in discovering the new ‘home’. A highly commendable and well-organized ‘Introduction Weeks’ by university made me a bit comfortable not only with the university environment but also with the Eindhoven as a city.

Dutch weather was one of the first battles I had to cope with. Highly unpredictable but it still provides all seasons in an year. It does have the winter season but unlike most of the world it normally has ‘summer days’ instead of a ‘summer season’. Though this year’s long heat wave seems like an exception. Sun is very shy, it appears and disappears in a very short span of time. I am originally from a region where, in summer, the average temperature is around 40 deg C and temperature peaks kissing 45 deg C figure in day time is no exception. Initially it was extremely difficult to survive in the cold specially in the chilly wind. But then later, with time, I became used to of this temperature. Even now, with the glimpse of sun, when my Dutch colleagues cherish for sun I remind them that this is not going to last long.

Language is always a barrier in foreign countries. Though English is very common at most of the regions in the world but off course not in all areas. It feels strange when two persons, who can speak but they can’t understand each other. This situation often becomes frustrating when either of you needs help. In this regard, Netherlands is one the best places, because of the welcoming nature of Dutch people for English.

I have found social and cultural standards to be extremely subjective and relative. A society taboo can be a normal practice and custom in other society. At one hand, this makes living outside in a different place a bit challenging but also at the same time more exciting. I love meeting new people, exploring diverse cultures, hearing various languages and tasting different food. I am discovering a different comfort zone for me and so far enjoying my life as an expat.