Keeping your distance, seeing fewer people and using mouthguards in many places: for two years, many people have stuck to the corona rules. Everything to avoid being infected with the coronavirus. But soon we will largely go back to ‘the old normal’. For those who have to get used to it, psychologist Erik Matser from Helmond has a tip: “Celebrating Carnaval is the best medicine.”

So, as far as he is concerned, the folk festival of folk festivals comes at exactly the right time. Now that many corona measures have been put on hold, Carnaval can be celebrated in an adapted but exuberant way.

Many people are eager to shake off the corona period with a beer and a song. But some also feel a sense of unease at the return to normality: they have become accustomed to some of the corona rules.

According to Matser, there is a perception of fear. “We adapted to a virus because we were afraid of getting sick. Many people don’t have to be afraid now, but that fear can still paralyse.” The psychologist compares it to street fear: people who are afraid to leave their familiar surroundings and avoid places like squares, supermarkets and public transport.

“The fear of becoming very ill is no longer so real.”

According to Matser, you have to confront that fear. “That is a kind of fight. During Carnaval, you will be close to each other. People cough and sneeze. That may not have been nice before, but now you have to say to yourself: that’s just part of it. The fear of becoming very ill is no longer so real.”

Seeing old and new friends and having a good time is super healthy for the mind, according to Matser. “Fears that we have built up over the past two years can be lost quite quickly during the Carnaval days: Carnaval is the best medicine for that.”

Matser acknowledges that there are also people who cannot process too many stimuli at once. They have to build it up gradually. “Your brain can cope with a maximum number of stimuli. Over-stimulation is people’s disease and is actually much more dangerous than corona. Toxic stress shortens your age by many years.”

“Carnaval is ideal to feel freedom and leave everything for what it is.”

According to Matser, for some people the pandemic brought positive things with it: people were able to experience what it is like not to ‘have to’ go anywhere. Moreover, people partly embrace working from home, because of the hectic nature of many offices.

“It is important that people learn what overstimulation is and how they can deal with it. Especially in a society that is open, where everyone can have unlimited contact with each other again,” says Matser. And as far as he is concerned, Carnaval comes at the right time: “The ideal time to feel free and to leave everything for what it is. And if you get a sniffly cold on Wednesday, well, that’s just part of it.” 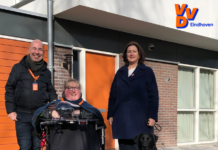 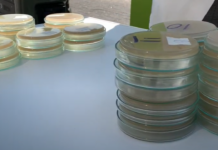 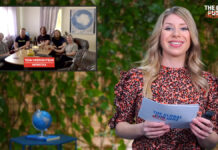