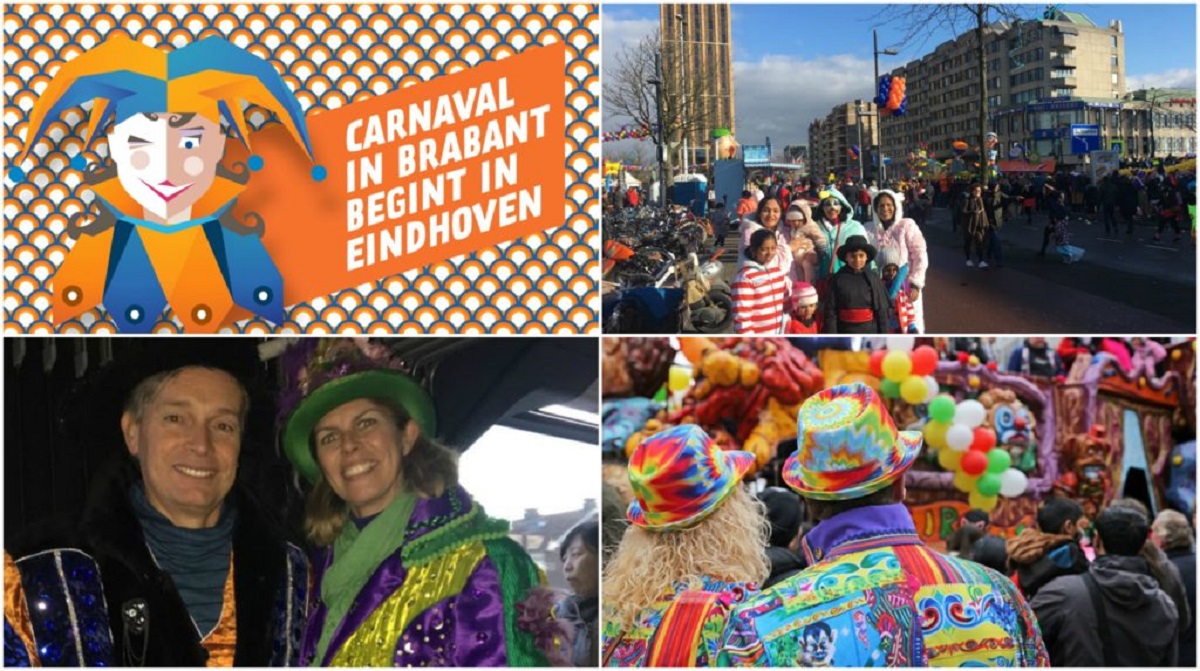 Lampegat transforms into a color riot musical for the carnival parade.

The peppy music, colourful kaleidoscope of costumes, cheerful kids, high-spirited people and glitter of Lampegat seem to chase away the winter and give an aura of spring.

What a cute sight to see the kids waving and jumping around to get hold of the freebies. Adults were trying hard to not to be “grown-ups” in true carnival spirit. The internationals didn’t miss the opportunity to soak in the local culture. They came dressed up in costumes or tried to spice up with a colourful accessory. Some were mere spectators but however didn’t miss to spread the cheer. A family who moved just a week ago to Eindhoven was trying not to miss any float in the parade.

Some carnival-goers took many weeks to make their own costume while some others made use of the last minute deals to fix their carnival ensemble. The costume that appeared as if the person were riding on someone’s shoulders was quite catchy this year. An expat from India says, “when I am behind this mask, I am as local as anyone is, so I am going to have maximum fun”. Fun and frolic everywhere reminded that spring is in the air!