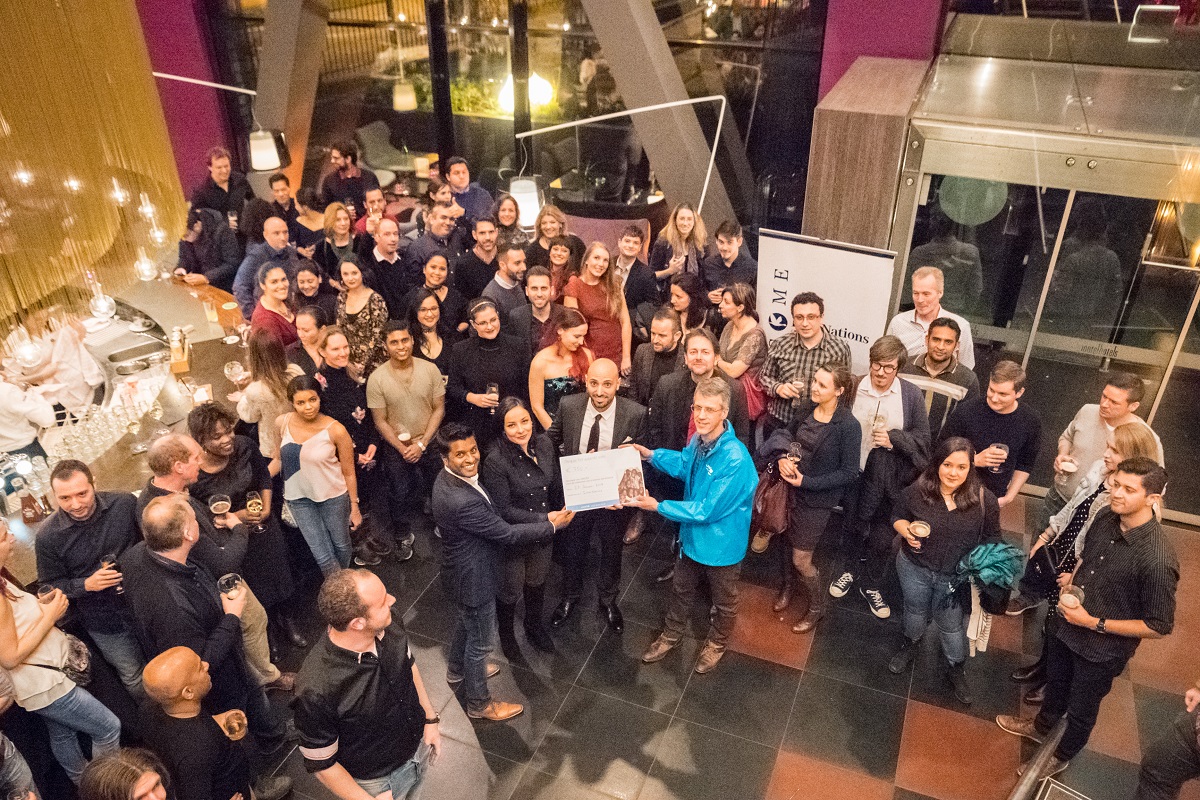 On January 27, 2018, InterNations Eindhoven handed the cheque, worth 750 Euros, to UNICEF NL. Mr. Gerard den Hertog as the contact person for Eindhoven of UNICEF, accepted the cheque gratefully.

The idea to hold a charity event came from Marco, a new InterNations Ambassador.

“In few months I realized that it is incredible what you can do as an Ambassador for the Eindhoven Community. Although we really have a limited budget we manage to organize events in top venues of the city. People smile at our events and this makes me feel happy. At a certain point, I realized that we had potential to do more than just helping people to make new friends. One Sunday morning I woke up with the idea of a charity event that I immediately shared with the team. In no time we got in touch with UNICEF NL who helped us by creating a dedicated website to collect money a few weeks before the event. In December 2017 we organised the charity event to support a project in Cambodia. The location of the charity event was the “VANE Restaurant and skybar Eindhoven”, one of the most charming venues of the city with a top view on Eindhoven. We used social media to promote the event and we were positively surprised by the active participation of people who were making donations both via the UNICEF website and during the InterNations Event. It was totally unexpected to collect 750 Euro in less than one month. 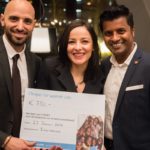 The InterNations Eindhoven Community hosts one official event every month. Organisers, so-called “Ambassadors”, are people volunteering for the community. Diversity does express also in the Eindhoven team of Ambassadors. There are currently three Ambassadors from different countries supporting Eindhoven community: Elsa from Albania, Marco from Italy and Shiv from India.

Elsa is the senior member who started in 2012: “The reason why I joined InterNations as an Ambassador in 2012 was because I wanted to help people who were in a similar situation as me. I needed to build my network in Eindhoven and I wanted to be more involved in the community. It did not take me long to realize that things were indeed changing. My life significantly improved and I could impact the lives of others too, even if it was to give them a warm welcome during our monthly events, to introduce them to new venues, or to give them tips about the city they were settling in.

As I saw the community grow throughout the last five years, I also saw the opportunities and potentials to do more and beyond. For that, one needs the right supporters and team players. I was very lucky and had the great pleasure to work with my dear former fellow Ambassadors Eelco, Anthonius, and Marina who contributed significantly in the previous years. I also could not be happier when Marco and Shiv joined recently in July last year.”

InterNations is the biggest global community for expats with close to 3 million members within 390 communities worldwide. The mission of this community is to make expat life a great experience: it helps expats to feel at home abroad, to meet people, and to find information about their new environment.

Members are people with an international background, mostly highly-educated professionals with the average age of 39. The InterNations Eindhoven Community has a network (i.e. email contacts registered at InterNations) of over 4,800 members from 140 different countries. 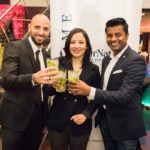 Shiv, the third Ambassador is also very happy they could make a difference: “2017 was a special year for InterNations, because of its 10th anniversary. But the most memorable event has been the celebration of the charity event held in December 2017.

It is the time of the year that many of us are in a festive mood and our focus lies on vacations, visiting relatives, shopping, buying gifts, and preparing rich dinners. So Elsa and I agreed with Marco, when he came up with the idea of a charity event to collect donations for UNICEF NL. This donation will hopefully have a good impact and bring smiles to many who are less fortunate.

And finally Elsa, Marco and Shiv like to thank the members who were present at the charity event and on the event on 27 January at the elegant Inntel Hotels Art Eindhoven where the cheque was given to UNICEF. The money will go to supporting children in Cambodia.

“We look forward to hosting more of such memorable events in 2018 and I hope to see you there.”