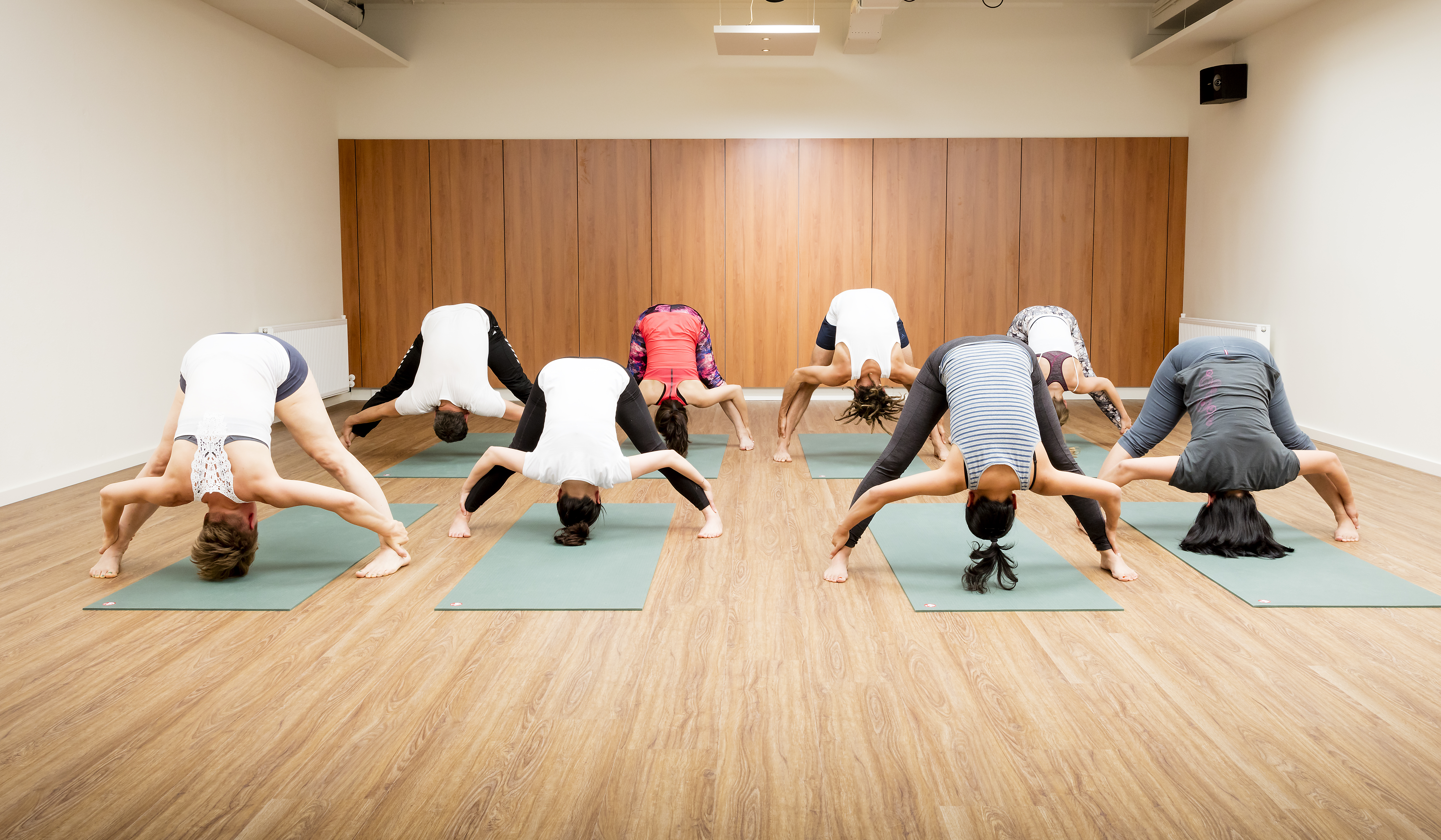 Wisdom of yoga – to you, from an Indian yoga master in Eindhoven.

Never quite considered myself a fan of sports, yoga came into my life in a rather peculiar way. Like any city dweller, I could not escape from the stresses of a fast-paced life. I had to do something about it. One New Year’s Eve, I decided to sign up for a yoga course, which seemed “soft” enough to begin with. What came next was discovering a private yoga studio 5 minutes’ walk down my street, lessons were offered in English by a teacher from India, who once taught yoga in Singapore (where I come from). What a perfect combination! From a 70% forward-bend to a 110% forward-bend, low immunity to increased immunity, once a week to daily practice – 3 years of yoga brought immense benefits to my physical, emotional and mental well-being. “Soft sport” it may seem, I sweat through every practice as I challenge the limitations of my body and mind each time. Lately, I discovered an entire universe of wisdom yoga brings beyond the physical. All these with gratitude to Ankan Kumar Sarkar, my yoga teacher. I interviewed Ankan to capture some of his insights in yoga in words. This is an article about Ankan and what he has to tell us about yoga. I hope you will enjoy it, namaste. 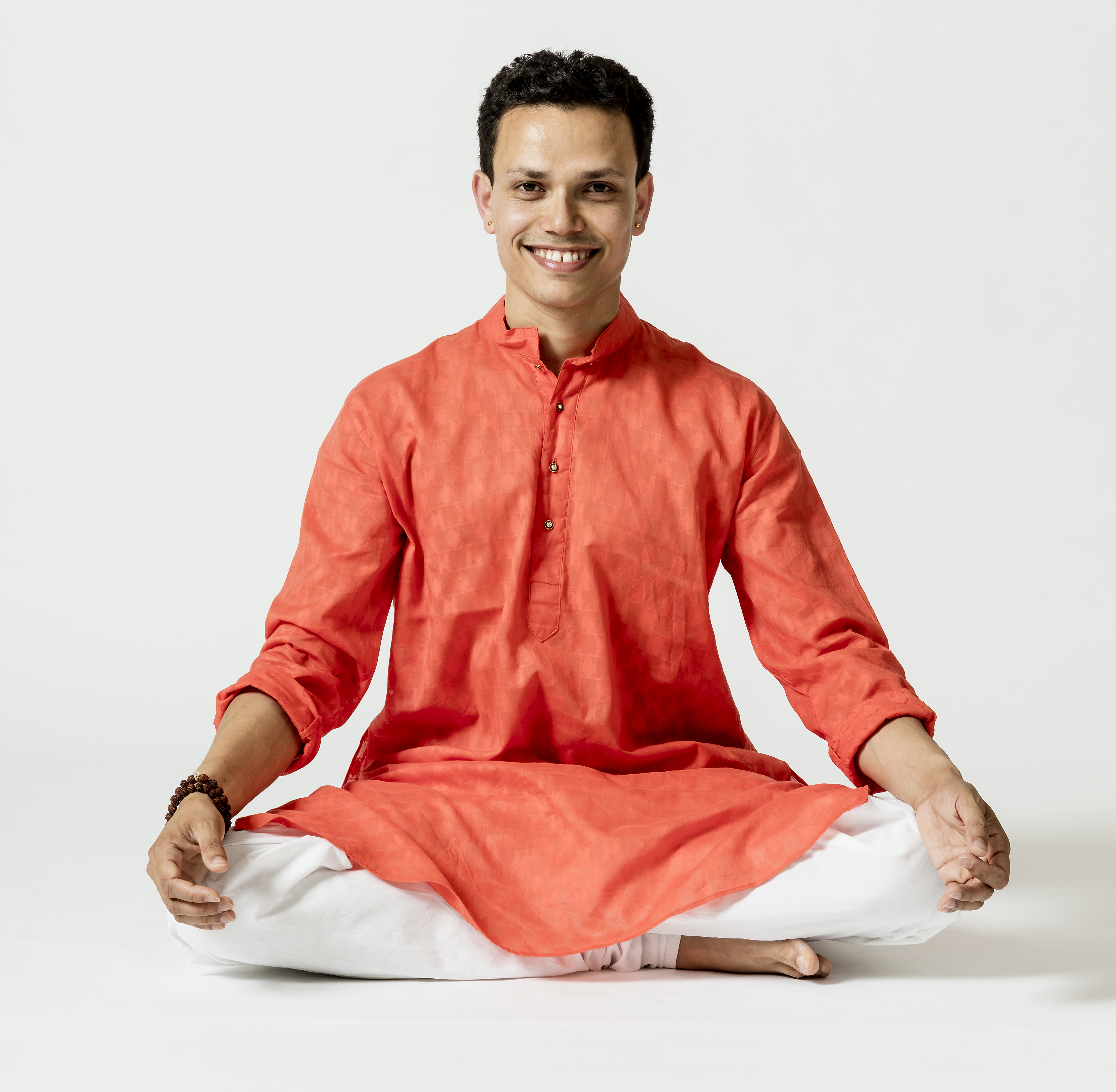 Ankan comes from Calcutta, India; an accountant turned yoga teacher. We started the interview with Ankan describing his growing up years. His recollections of them were mostly in fragile health. Suffering daily from ailments of many kinds; skin, stomach, head, and so on, this also took a toll on his spirit for life from an early age. Once, he had severe neck problems and went to a doctor. To his surprise, in place of medication, the doctor prescribed 4 yoga postures. “That was the first time I heard about yoga”, says Ankan. Two months later, his neck felt better, but not completely healed. Piqued by curiosity, he registered himself to a yoga school. Then an amazing thing happened. After 3 weeks, his health ailments disappeared one by one. He became stronger and healthier by the day; his spirit for life also grew tremendously. Thus, began his journey in yoga. Ankan left accountancy and trained to become a yoga teacher. At the yoga university he attended, he realized how big yoga is, more than just physical. “This (yoga) is my place”, he says, “it is always on my mind to do something for society”. Today, he teaches traditional hatha yoga at his one-year old yoga studio Yoga Kumar in Eindhoven.

Yoga, what is it?

“Yoga means union, with everything; with humans and the rest of nature” explains Ankan. The way to union is by being joyful. People are, by nature, attracted to people who are joyful. In joyful states, we are in union. Conversely, people avoid negative people; in this case union cannot happen. “Yoga helps one balance the physical and mental bodies. In this balanced state, you are most joyful” adds Ankan.

Ankan teaches traditional hatha yoga, the umbrella of all yoga practices in the world. In traditional hatha yoga, there are a total of 8.4 million postures. All yoga forms we know today are derived from hatha yoga. Based on an individual’s physical and mental conditions, he or she needs only a fraction of this expansive number of postures. Ankan deciphers what hatha means: “Ha is sun, Tha is moon; masculine and feminine; left brain and right brain; action and emotion”. Once you have Ha and Tha in balance, you become a joyful being. As a student of Ankan for 3 years, I still learnt something new: “In yoga, when you keep a posture, you will achieve three states: steadiness, happiness and awareness”.

I could not resist asking Ankan if he could debunk any myths about yoga. To my delight, he gladly did so.

Just sitting there with some posture, yoga may appear ‘soft’. And ‘softer’ things are more appealing to women, right? Maybe, but it is not what it seems. Ankan responds: “In the beginning, more men practiced yoga than women.” In comparison with men, he thinks women tend to be more mentally flexible. “Women are more easily open to try new things”, says Ankan. At Yoga Kumar, 40% of his students are male, with thanks to his female students bringing their husbands, boyfriends, colleagues along. He continues with a big smile, “You do a lot of hard work, you sweat.”

Ankan believes, often, yoga is being negatively judged even before one gives it a try, or one had been to a class unsuitable for himself/herself. He does not understand how bending and stretching of the body can be perceived as a religion. “Presently, most people live only in their minds. Yoga is an ancient science, or technology, to help one balance the physical and mental bodies and the energy that keep them thriving. In this balanced state, you are at your most joyful. You become in union with everything”. Going deeper, he shares that once you realize you are part of this magnificent creation, you start to ask what is the source of me? Then you look at yourself, who has a body and a mind. If the body is made up of food from earth and the mind is an accumulation of memories, then who am I? When you ask that, you begin to expand. Before this gets too deep for anyone, Ankan suggests just give yoga a try. Attend 4-5 classes and then you can decide.

Not so much a myth, but Ankan wanted to add this statement. He emphasized the importance of following the right yoga teacher: “Because yoga can change your life, I feel bad if someone receives wrong teachings, it’s not good.. it is very important to follow the right teacher.” When asked if he has any advice on how to do this, he says “Be sensible. How carefully is s/he teaching you, does s/he have the right knowledge to help you.. these can be helpful. Your body and mind are the most important gifts you have, allow the right teachers to guide you.”

Meditation, mindfulness: modern buzz words for stress relief and relaxation. I asked Ankan how different or similar they are. With a little humor, he reflected on the word mindfulness. To him it suggests a mind that is full! Later, we agreed the word means the quality of being aware. This quality is naturally achieved when one does yoga. On meditation, he explained it is the 7th of 8 stages in yoga. The goal of meditation is to empty the mind. Devoid of cloudiness in the mind, one can achieve peak performance in life. When one’s body, mind and energy are in balance, one is in a meditative state. He concludes, “You cannot do meditation, you become.” 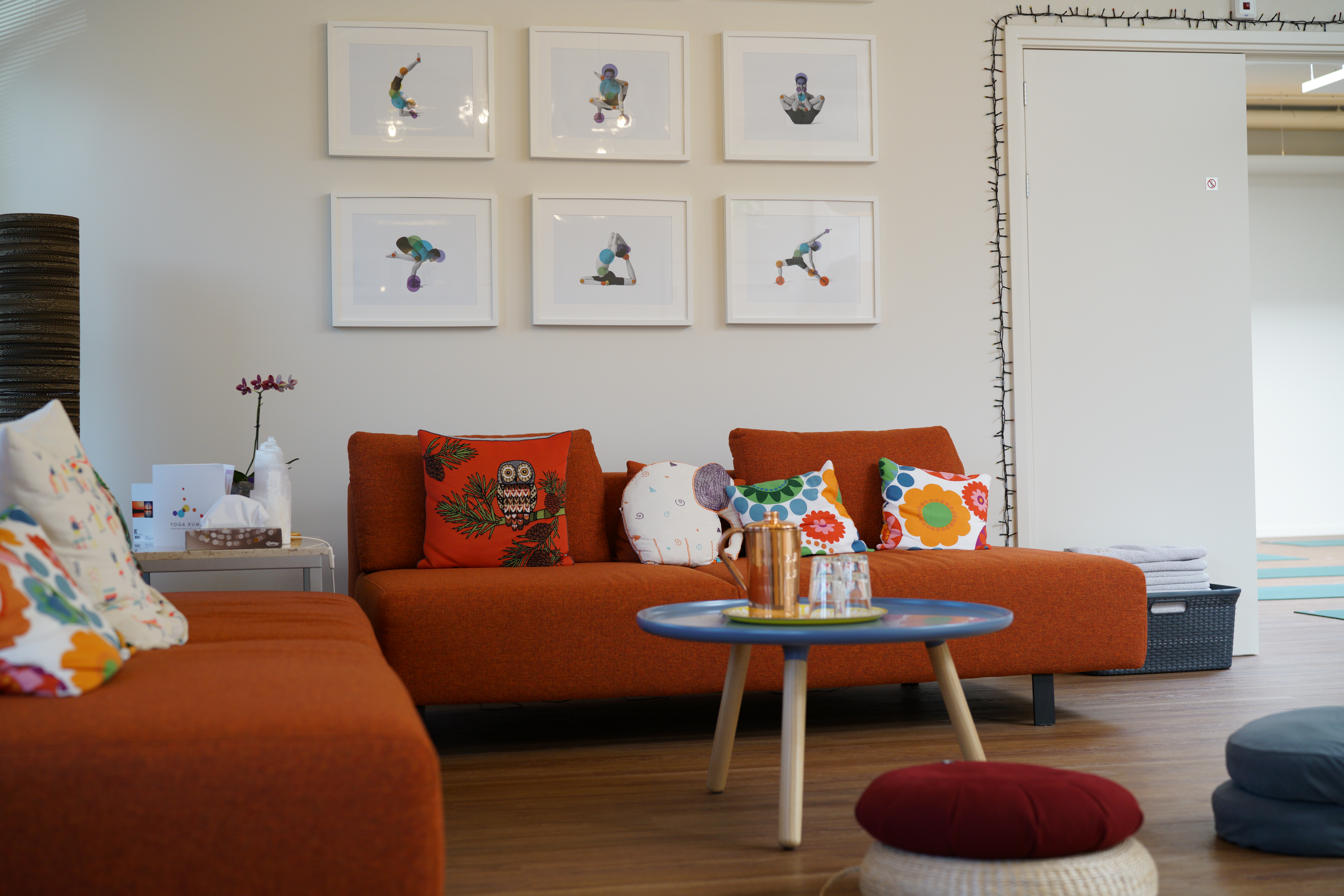 One year ago, Ankan opened the doors of his own studio in Eindhoven. When asked what Yoga Kumar’s mission is, he says “To spread authentic, traditional yoga and what it can do to everyone, in a scientific, natural way”. Ankan’s wish is to help people become joyful, no matter what they are doing. “That being human is great, that life becomes a festival.” These words moved me deeply. As most of us live in the region of Eindhoven, which was unfortunately recently rated poorly in happiness, I sincerely hope Ankan’s work will make a difference to this brilliant city. I wish to thank Ankan for his time to share with us about yoga, and being one of our sponsors of the Eindhoven News survey lucky draw. To find out more about Ankan’s classes, visit www.yogakumar.nl. In the spirit of yoga, I wish you peace and joy, namaste.